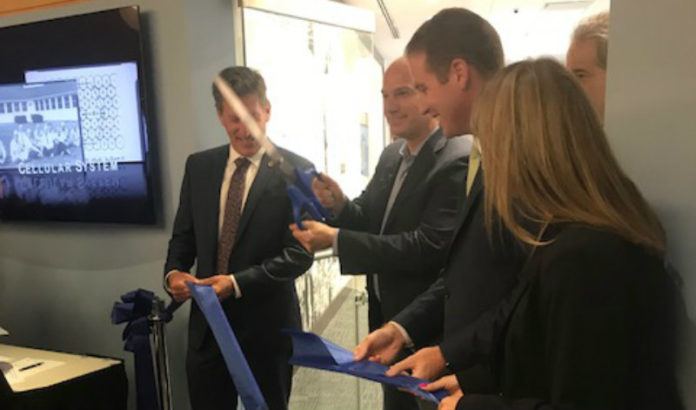 When they opened the AT&T Technology & Innovation Center earlier this week in Middletown, company officials said the museum was more than two years in the making.

In reality, it may have been more than two generations.

From the telegraph to the future rollout of mobile 5G and all the industry-disrupting innovations in between, AT&T has long been a leader of technological innovation in the state (and the country).

Company officials said the museum is an effort to display, promote, educate and share what it has learned over the years.

“It’s important to know where you came from if you want to figure out where you’re going,” Chief Technology Officer Andre Fuetsch said. “That’s what the museum represents.

“It’s not just a journey through the past, but a roadmap for the future. It’s also important to recognize and honor the past achievements that make the future possible. That’s what this is about.”

The museum is divided into four categories, including instruments, innovation, switching and transmission, and is filled with AT&T artifacts collected over the past 140 years. Additionally, the museum offers hands-on and interactive displays.

Company officials said the museum will offer tours to customers, friends and family of employees and school groups.

They are eager to show the state all that AT&T has been and will become they said. That’s what the impetus for the museum was two years ago.

“We have so many amazing and interesting artifacts that were cared for and kept in great condition, but were essentially in storage,” Fuetsch said. “Some very smart people decided they should be brought to light.”