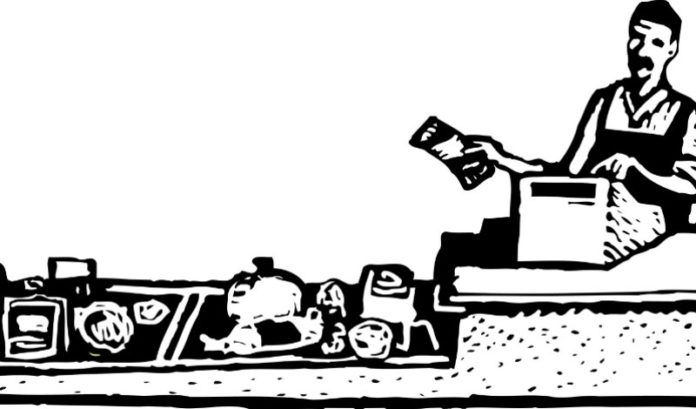 We wouldn’t be out long before my old man would start pointing out people.

If it were a weeknight, the same line would always follow: “You realize this isn’t the first job they worked today.”

And if it were a weekend? “Trust me, they didn’t have an extra day off during the week. This is a sixth or seventh day of work for them.”

I was about 7 when he started doing this. My dad thought it was the most important thing he could teach me — and he wanted the lesson to start as soon as possible.

My father had a passion for four things in life: the Washington Redskins, a good cup of coffee, my mom and people who worked hard (and not necessarily in that order).

But, as a man who grew up dirt poor — he bought his parents their first TV and their first car with money he saved up from his paper route and after-school job as a soda jerk — he made sure that my siblings and I understood that hard work was the key to everything.

And that the people doing the jobs nobody else would do — at times no one else wanted to work — were the backbone of our society.

“Never look down upon anyone who works,” he would say. “They are providing for themselves and for their family.

“That makes them someone to look up to.”

This column wasn’t spurred by Labor Day. And it’s not the anniversary of my father’s passing or any other significant milestone in my life.

This column is the result of the horrific thing someone in my profession did last week.

Geoffrey Owens, an actor who once had a small part on “The Cosby Show,” was called out for having a job bagging groceries at a Trader Joe’s in Clifton.

The headline in the Daily Mail, a publication in Britain trying to make a mark in the U.S., said: “From learning lines to serving the long line! ‘The Cosby Show’ star Geoffrey Owens is spotted working as a cashier at Trader Joe’s in New Jersey.”

The Cosby Show star Geoffrey Owens is spotted working as a cashier at Trader Joe’s in New Jersey https://t.co/cSMYf74DET

That’s what journalism has become: Job-shaming someone who used to be a regular on TV in the ’80s (and has had numerous gigs since).

Shame on my profession.

And shame on anyone who thought this job was somehow beneath Owens — or anyone who took it. (So much for the liberal media.)

Days later, Owens quit the job as a direct result of the job-shaming he faced.

Imagine that. The world convinced someone who was working to stop working.

What does that say about the way America views work?

I had the opportunity to travel to Japan on business a few years back.

I was stunned not only by how efficient their society was, but how well-organized and cared-for everything in the country was.

“It is the culture,” my guide, an employee at Panasonic who has spent a lot of time in Japan and New Jersey, said. “Everyone here treats their job as if it is the most important job in the world. Because it is to them. It is their job. And to not do it with maximum effort would be shameful.”

That doesn’t really sound like New Jersey — or even the U.S. We are a land where so many people feel it is their right to make sure their job fits into their schedule. Always.

It’s a shame. Because I’ve seen what having a job can do.

My autistic son was given an internship at the headquarters of the New Jersey Manufacturing Extension Program this summer.

It was just two days a week. And for just a two-hour shift.

But it meant everything to him. It meant he had a purpose and a place to be where he could contribute.

And, every day he worked, he made sure he showered and put on his best work clothes — and got to work early.

It didn’t matter what he did. It just mattered that he had a job.

Anyone want to make fun of the autistic kid who got dressed up to work four hours a week? Let me know.

And I’ll let you know how it changed his outlook on life.

We were living in Southern California when my dad started teaching me about work.

And it was about that time that Jerry Buss bought the Los Angeles Lakers and the Kings and the Forum. This was the first time I had ever really heard about someone who was a “millionaire” — back when that was a lot of money.

I asked my dad how Buss became a millionaire — assuming there was no way I could copy his path.

“You want to be a millionaire?” my dad asked me back. “Here’s how you become a millionaire: Work every Saturday for 25 years and save all the money. After 25 years, I bet you’ll have a million bucks.”

But I’ll admit it: I’m not a millionaire today.

When I moved to New Jersey after graduating from college, I was working the night shift at The Star-Ledger (6 at night to 2 in the morning).

I had always been a restaurant person growing up, so I got a job at a local place (Winberie’s in Summit), waiting tables five days a week during the day.

I did whatever the job required.

And I saved every penny.

Every Monday, I made a deposit in a savings account. Usually it was about $150.

Wouldn’t you know it? After about five years, I turned thousands of $3-4 tips into enough money to put a down payment on a house.

Even better: I met my wife along the way.

I’d like to think I was somehow charming. (Spoiler alert: I wasn’t.)

Turns out, she was attracted to something else.

She said she could tell I was a hard worker, and that was all that really mattered to her.