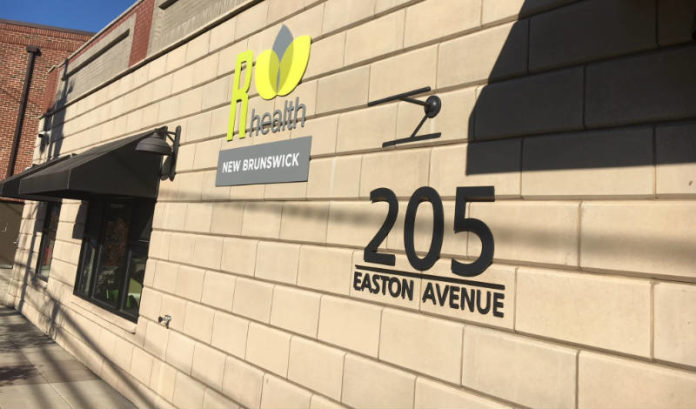 Paying a monthly fee for Netflix or Spotify to get unlimited access to media content is the new norm.

But what about a monthly fee for unlimited primary care visits?

That’s what R-Health, a direct primary care service, is offering in New Jersey.

The direct primary care model is one that is slowly picking up in New Jersey after more than a decade of existence on the West Coast.

R-Health, which opened its first office in January 2017 in Ewing, has since opened four more, in Cherry Hill, Voorhees, Hamilton and New Brunswick. Each location starts with just a single doctor. The Ewing office recently added a second.

And, while it appears the business model is based on cost savings, R-Health officials say the model actually improves care. While patients can have unlimited visits, doctors at the facilities have a limited number of patients they can see.

The formula for the model assigns approximately 1,000 patients to each physician. In theory, that will enable the doctor to have a deeper, more meaningful connection.

Because of that, R-Health spokesperson Amber van Niekerk told ROI-NJ that the model is more old school than new wave.

“We’re trying to get back to the basics of medicine,” she said. “Most primary care doctors went into this to focus on, ‘How can I develop the relationship with, how can I treat my patient?’

“We think that’s been fragmented more and more over the years. With doctors having five- to eight-minute appointment slots with their patients, you’re not able to develop those deep relationships.”

“We really provide a refreshing alternative to that, where we say, ‘Let’s get back to the basics of you providing direct care to your patients, you being able to take the time that you need to really come up with a treatment plan and dig into that and not just refer out to a specialist because you don’t have enough time.’”

Van Niekerk said one of the byproducts of the business model is that it helps alleviate physician burnout, a big factor contributing to the physician shortage.

But don’t think R-Health doctors have a light load of cases.

R-Health, in its first year, saw 126 visits per year per 100 people. That’s more than double the average of 61, according to the CDC.

The model, which is supposed to help curb health care costs, especially for chronically ill patients, has its critics.

With unlimited access to physicians, there is concern about overutilization of services.

For physicians, a cap on patients is a potential issue.

Growing their patient base, and therefore maximizing their reimbursement potential, is one way physicians increase their income.

Van Niekerk told ROI-NJ that, by paying competitively, R-Health is able to attract physicians. She declined to share salary ranges for R-Health, but said physicians are incentivized to maximize their income.

“There is a bonus structure for meeting certain quality metrics and satisfaction metrics,” she said. “We’re looking at, rather than seeing more and more people to make more money, we’re looking at how do we improve outcomes, are our patients happy with us and what kind of service are we providing?”

Van Niekerk said it is a voluntary service, and each person costs the state a membership fee.

“Our contracts are with Horizon and Aetna to provide the health benefits for the state,” she said. “So, we receive a flat monthly membership for anyone who joins R-Health, so it’s an opt-in model, and we are responsible for their care. That could be coming in the office for an appointment, that could be a phone appointment or that could be using the app.”

Whether or not it is a sustainable model remains to be seen. Despite its success and growth in New Jersey in a short time span, it hasn’t succeeded elsewhere.

The pioneer of this model, Seattle-based Qliance, shut its doors after 10 years in June 2017. That was just six months after R-Health launched in New Jersey.

Qliance had originally launched after several rounds of venture capital funding, and with support from Jeff Bezos, Michael Dell and Drew Carey.

Several health and medical journals have pointed to concerns of unnecessary use of services, and differentiating between benefits for chronically ill and healthier patients.

Currently, R-Health has the state as a client. But, larger companies have used this model to provide health care to all employees.

The return for the membership fee is to save costs on other care.

“That’s really what the state is looking at here, is how, by making a bigger investment in primary care, they can bring down costs of urgent care visits, specialists and emergency rooms,” van Niekerk said. “Because, if you have greater access to your primary care doctor, those costs should go down.”