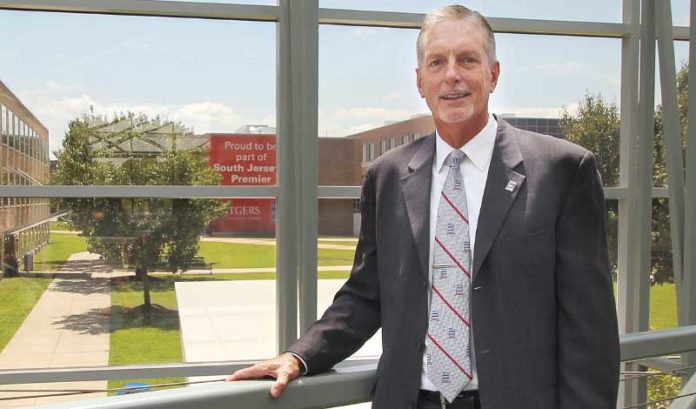 “The perception is that poverty in our county is centered in the city of Camden, when, in reality, there are pockets of poverty in many parts, including the southern area, where our main campus is,” he said. “So, we’re checking a lot of the boxes as far as the scope and need of support for our community.”

If it sounds as if Camden County College makes a good argument for increased funding for the population it serves, that’s because it’s coming up with one.

Camden County College is one of the state’s 19 community colleges making a case to participate in a limited pilot program that will cover tuition and other fees for certain eligible students. Only some schools will be selected for the program after the application period ends this month.

Such are the terms of Gov. Phil Murphy’s tuition-free community college initiative in its earliest form. The state’s most recent budget provided $25 million for the Community College Opportunity Grant Program and this pilot Community College Innovation Challenge.

Zakiya Smith Ellis is taking a lead role in this rollout as New Jersey’s secretary of higher education. She said the support from the state Legislature was crucial, but the funding level wasn’t enough for introducing the governor’s tuition-free community college plan as initially outlined.

“Given that, taking this pilot approach allows us to work with colleges to quickly come to an understanding of what works well and what doesn’t,” she said. “Hopefully, next year, we’ll be in a stronger position to refine and expand the initiative.”

Under the program’s first iteration, community college students making under $45,000 may be able to have tuition and fees covered — after applying for other federal or state grant aid — in the spring semester of 2019, but only if they’re at a participating college.

Ellis’s Office of the Secretary of Higher Education and the New Jersey Higher Education Student Assistance Authority will together determine which colleges will be participating institutions.

“In spite of that reality, everyone who applies will receive some support dollars for planning purposes,” he said. “And that will go a long way in terms of allowing us to achieve our goals, in terms of offering more financial support and advice for students facing challenges.”

As Borden alluded to, every community college submitting an application will receive a $250,000 grant. At colleges that don’t make the cut for the pilot program, the funding can be used to “build capacity for future iterations” of the initiative.

Aaron Fichtner, president of the New Jersey Council of County Colleges, a coalition of all the state’s community colleges, wouldn’t characterize the current moment in the state’s higher education climate as being overtly competitive.

“The best way to look at this is that it’s a one-semester pilot in selected locations that we’re going to learn a lot from, and those lessons we learn will allow us to expand this to the entire state soon after,” Fichtner said. “It’s hard to make the case that there’s any one part of the state that needs this more than another, because every college here is committed to expanding opportunities.”

That’s not to say that colleges aren’t working extremely hard on their proposals — they’re doing overtime, he said. But he nonetheless expects that, no matter which college is selected, all the state’s institutions will collaborate to ensure the pilot program is successful.

“There’s a real consensus among New Jersey’s 19 community colleges that anything we can do to expand access to higher education for the people of the state is a good thing,” Fichtner said. “Obviously, our colleges are very committed to expanding opportunities — that’s what they do the best. So, this is a great step in that direction.”

The application process all the state’s county colleges are expected to go through has the state’s higher education agencies looking into several different aspects of the school’s plan, such how the its cost projections fit within statewide funding constraints.

Fichtner said community colleges have done well to keep tuition and fees reasonable despite years of flat funding allocations from the state. But Fichtner understands that reasonable is relative.

As does Ellis, which is why she’s leading the charge on a tuition-free community college future in the state.

“People generally equate community college with being affordable, and, for some, it is,” she said, “but for a lot of folks who might be out of work after graduating from high school or just making minimum wage, it doesn’t seem all that affordable to them. … We want to keep the door open for students that think $5,000 is more than they can afford.”

One of the main things Ellis and her peers at state higher education agencies are looking for is plans from colleges that outline how those institutions will reach target those students and make sure they know financial assistance opportunities are available to them.

“We want to make sure students have an awareness of the program; a clear message is needed,” she said. “We’ve got to be aggressive in that.”

Ellis underlined that as being particularly salient in light of New York’s challenges in implementing a program with similar goals.

New York’s Excelsior Scholarship program, billed as a tuition-free degree opportunity for middle-class individuals, had its shortfalls pointed out in a report released by Center for an Urban Future earlier this month. According to the think tank’s analysis, barely 4,000 of the 242,000 students attending public colleges and community colleges in New York City have utilized the program. Just 0.9 percent of the 95,951 community college students enrolled at the City College of New York have benefited from it.

Ellis said New Jersey’s implementation of a tuition-free system “has the benefit of having seen what’s working and what’s not already in other places.”

But not everyone is on board with the state putting money into paying for community college student tuition locally. Several Republicans in the state Legislature have voiced opposition to it.

Ellis said she’s confident the initiative will show its value for the state’s taxpayers.

“Education is a key area in terms of payback for the state,” she said. “Its role in workforce development is something that should have returns over time. Ensuring students are successful in completing college can have the result of increasing earning capacity of residents of the state. … We’re sharing that message with government and the public more and more.”

A college degree is quickly becoming a requirement for even entry-level industry positions; Ellis argued this new assumption among job applicants makes it even more important to expand access to higher education.

“And a lot of community colleges are helping to fill a gap in middle skill jobs today,” she said. “There are many positions today that don’t require bachelor’s degree but do require something more than a high school diploma. These are jobs that are critical in the state’s economic development.”

To that end, Ellis reiterated that she expects the state will have to go much further than the pilot program it’s currently running toward supporting community college students. Ellis stated that her goal was not just to attract more students to community colleges with financial incentives, but to encourage more of them to finish their studies.

Borden, coming from a school where students regularly face financial challenges, said he’s hopeful about the potential of a program that covers tuition, but he also considers a larger support network around it equally necessary.

“When we survey students who leave us, often times it’s not just because of tuition or fees — it’s because of life issues,” he said. “For example, we have two food banks on our campuses because we have many food-insecure students. We’re thrilled about this initiative, but I also hope to have as part of the discussion a broader view of addressing these issues affecting students. Because, ultimately, free tuition doesn’t cover it all.”

There’s still a lot of these conversations to be had as state leaders learn from the upcoming pilot program and start to eye a more expansive tuition-free community college rollout.

Fichtner is excited about the work that lies ahead.

“We’re at an important time in the state’s history,” Fichtner said. “We’re thinking creatively with the governor’s team about the best ways to give everyone the opportunity to participate in propelling economic growth by training them — building a stronger and fairer New Jersey, as the governor talks about — in the community college system.”

Reach Aaron Fichtner of the New Jersey Council of County Colleges at: afichtner@njccc.org or 609-392-3434.

Perskie to be honored with Lifetime Achievement Award by Hughes Center...

Harmon, 1983 FDU grad, selected by school as this year’s commencement...