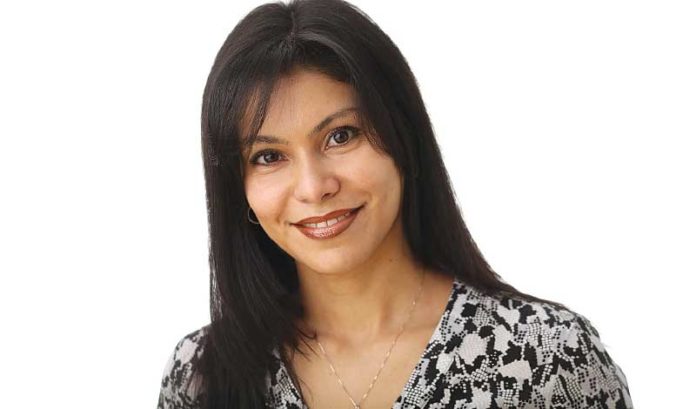 Almost exactly a year ago, you could look out of the window of some of the most important manufacturing facilities of Becton, Dickinson & Co. and watch wooden houses reduced to piles as small as matchsticks.

And it wreaked havoc for the global company’s 1,000-plus employees at facilities in the Puerto Rican cities of Cayey and Juncos.

Madeline Rivera, program officer for the Community Foundation of New Jersey, which collaborated with the large corporation on a relief effort for the employees, saw livelihoods in peril firsthand on a trip down there.

“Everyone from middle management to lower positions, employees across the spectrum working for the company, were affected. It was so bad for them that many literally didn’t even have a way to clean their clothes in a washing machine. And we heard so many stories of amazing people making due in these difficult situations.”

A year later, the company’s employees are telling them that they’re starting to rise from the ashes, said Jennifer Farrington, senior director of social investing and vice president of BD.

BD is one of the companies that provided financial support for employees affected by the disaster through the Community Foundation of New Jersey; another is C.R. Bard Inc., which started its own initiative separately but has since merged with BD.

Farrington said that, following an emergency scramble to ensure employees were safe where the hurricane struck, BD collaborated with the philanthropic outfit to set up a crisis fund.

After the company’s employees were safely accounted for, it became clear that many required support beyond the immediate needs of shelter and water, Farrington said. So, the Community Foundation of New Jersey distributed grants on behalf of the company for those additional needs.

“People do set up GoFundMe accounts today or that sort of thing,” Farrington said. “But as much as an individual may have his or her heart in the right place, it’s all funding you have to pay taxes on. Funding through a nonprofit such as the Community Foundation of New Jersey is exempt. BD can contribute to it and get a tax deduction, and our employees can, as well.”

Community Foundation of New Jersey was also able to fly down to Puerto Rico to make sure the affected employees were able to access the funding, given that communication was hampered by a trifecta of broken mailboxes, a lack of access to power or the Internet, and a language hurdle. Representatives of the foundation gave presentations on how to fill out applications for the company’s crisis fund.

The funds paid for employees’ basic living expenses not covered by insurance or assistance already provided by other relief organizations. Within just a three-month period at the start of the year, more than $2 million in grants was distributed for housing, home repair, food, clothing and other basic living essentials.

“Of course, something like $5,000 support isn’t going to fill the whole of what some of the people there suffered,” said Margarethe Laurenzi, a director of leadership grantmaking and engagement at the Community Foundation of New Jersey. “But it’s a way for company to provide something for people to start to get back on their feet.”

Farrington said the feedback has been overwhelmingly positive from employees based in the once-devastated region where BD has been busily engaged in resuming normalcy.

“Morale-wise, this was very important to the teams there,” she said. “You would hear stories of an employee who was just a regular line-worker that would have to bike a couple miles, carry the bike because of damaged roads, go on a bus some more just to make it to work at our facilities — when operations weren’t even running yet. They just wanted to be there to help with cleanup.”

But Farrington added that there have been less visible effects of Hurricane Maria that might take longer to address. BD is supporting the nonprofit group Americares as it helps still-reeling Puerto Ricans cope with an emerging PTSD crisis.

“There was the immediate response, which was more physical, but along with that is a more long-term mental health concern as well,” she said. “And many other companies are working together on other aspects, such as building out solar power there and making Puerto Rico more resilient in the future. There’s a lot of important work left to do.”

Murphy on shutdown: ‘I don’t anticipate it. And I sure as...