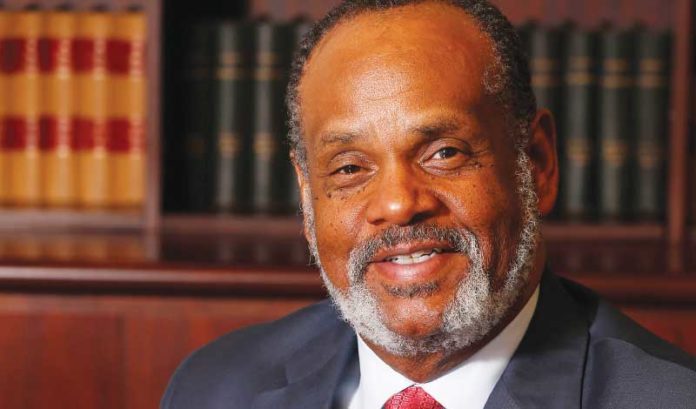 For as much as accountants are wizards with numbers, accounting for the number of generations in the workplace gives them some anxiety.

Ralph Thomas, CEO and executive director of the New Jersey Society of Certified Public Accountants, said the five generations — Generation X, Y and Z, as well as baby boomers and the remaining Silent Generation folks — each march to a different drum beat.

“And that’s a challenge to firms,” Thomas said. “How are you going to do a better job of embracing that? It’s something (our members) have to answer, because right now there’s a war for talent.”

The crux of the generational divide today is the war being waged for a shrinking pool of qualified employees.

Kenneth Bagner of Sobel & Co. said it’s a problem that a lot of industries face, but it’s pertinent for accountants due to the influx of work brought by the recent tax reform and other changes.

“So, every firm has to accommodate to the needs of these different generations, especially now,” he said. “Because, with the low unemployment, it’s been a job market in which people can come and go based on wherever they want to work. If you’re not competitive, employees are going to leave.”

Compounded with this is the well-reported, decades-long trend of people just going into other industries because accounting wasn’t seen as attractive, Bagner said.

That’s not quite the case any more, accountants are pleased to say. Millennials and their Generation Z peers are going to school for accounting, and finding a field flooded with opportunity as firms filled with older workers realize there’s a need to recruit the next generation.

“I think that anyone graduating with an accounting degree where we are in New Jersey will by their junior year have a job offer, probably multiple,” said Todd Polyniak of Sax LLP. “It’s unlike any time I’ve ever seen.”

Polyniak and Bagner both said these younger accountants’ entry into the firm dynamic has meant major overhauls — from remote working becoming a necessity to re-evaluations of dress codes and other company policies.

They both also stressed the need to introduce opportunities for learning and quick advancement at accounting firms.

Frank Baglieri, one of the co-founders of Murphy, Miller and Baglieri LLP, said that last point is one a lot of firms are missing.

“The younger staff at a lot of firms just haven’t been able to move up quick enough,” Baglieri said. “That’s led to smaller firms being forced to be acquired by younger firms such as ours. Then again, some of these smaller firms keep going until these guys just drop. Accountants work a lot later into their lives than most, especially on the smaller firm side.”

Maria Rollins, managing partner at KRS CPAs LLC, said this has fed into a trend of industry consolidation.

“We’ve already seen so many sole proprietors in this profession being acquired as baby boomers (and Silent Generation workers) are forced to retire,” Rollins said. “And there’s so many factors that are just accelerating the pace of that.”

It might not be exclusive to accounting — as some other financial sector businesses, such as banks, have fessed up to having the same issues.
But Simon Filip, also of KRS, said the industry has had massive changes uniquely imposed on it in a way that has potentially accelerated this trend, especially recently.

“One thing that might be happening is the new tax law — the biggest change to the tax code since 1986 — could be scaring some of the older crowd away,” he said.

At the same time, slowly unfolding is a digital transformation of the accounting industry, which is attracting a younger crowd to a profession once seen as old-fashioned.

Paul Dougherty, tax partner and partner-in-charge at EisnerAmper, said that, over time, the most traditional area of accounting — filing tax returns on behalf of clients — is inevitably going to be disrupted by technology.

It’s already happening to some degree, he said. Information is being reviewed and analyzed on a rudimentary level. Data is starting to be pulled out of documents and entered into tax returns automatically.

But that efficiency is something he expects will pale in comparison to what artificial intelligence tools could do in the hands of accountants years down the road.

“And, so, in the future, I expect to see less young people with accounting degrees entering the industry and more people with technology backgrounds,” he said. “That’s going to shake things up even more than it is already. Things are moving quickly in the industry.”

Ralph Thomas of the New Jersey Society of Certified Public Accountants says it’s a better time than ever to be in the accounting profession. He’ll add that it’s also changing faster than ever.

The trade group has its voice represented in Senate President Steve Sweeney’s Economic and Fiscal Policy Review Committee. Wary of a trend of outward migration of their clients, the local accounting industry is hoping to create a dialogue through the working group about tax reform that puts businesses first.

Focusing on emerging leaders in the industry has become a big thing for the association. At the same time, it’s stressing the importance to academic institutions that they should have accounting advisory boards that make sure colleges are immersing students in an experience that develops the right type of skills for today’s jobs.

New Jersey has a lot of small accounting firms, thousands of them. The trade group is trying to make sure those firms aren’t lost in all the change in management taking place. To do that, it’s working closely with small firms to position them to remain relevant to clients.

Strangfeld retiring as Prudential CEO; Lowrey to take over