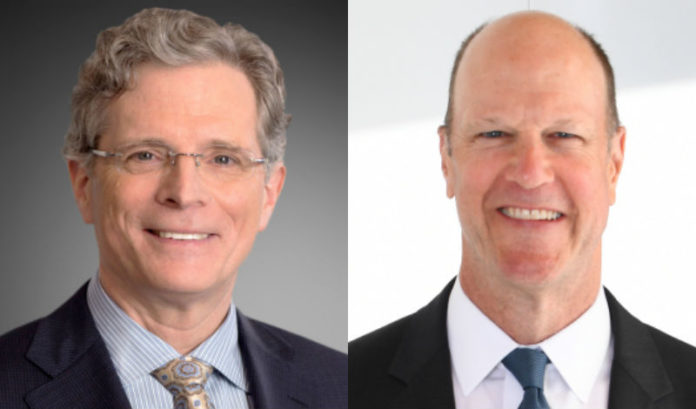 “Along with the rest of the board, I am confident that Charlie is the right leader for Prudential’s future,” Strangfeld said in a prepared statement. “Having successfully led our asset management, U.S. and international businesses, he brings a broad perspective of our operations, a deep understanding of our people and leadership skills that will serve the company well as it continues to grow.”

In addition, Mark Grier, vice chairman, is also retiring from the company and its board in August 2019, Prudential said in a news release. He will be replaced as vice chairman by Robert Falzon, Pru’s EVP and chief financial officer, effective Dec. 1.

Strangfeld will stay on as Prudential’s nonexecutive chairman until April 5, 2019, at which point Lowrey will succeed him as chairman.

“After a fulfilling 41-year career at Prudential, including almost 11 years as chairman and CEO, now is the right time for the company to transition to its next generation of leadership,” Strangfeld said. “Mark and I are delighted to pass the baton to Charlie and Rob, and we do so with great confidence in their leadership capabilities.”

Falzon will join the board upon Grier’s departure next year, but Grier will transfer his management responsibilities to Falzon on Dec. 1, spending the rest of his time with the company on certain projects and supporting the leadership transitions.

“The board is also pleased that Rob will assume the role of vice chairman and join Charlie as a member of Prudential’s Office of the Chairman,” Strangfeld said. “Both Charlie and Rob are outstanding executives with the capabilities to successfully execute Prudential’s strategy.”

Prudential said it will announce internal candidates to replace Lowrey and Falzon in their current roles, expecting to name a new COO of International Businesses and a new CFO next week.