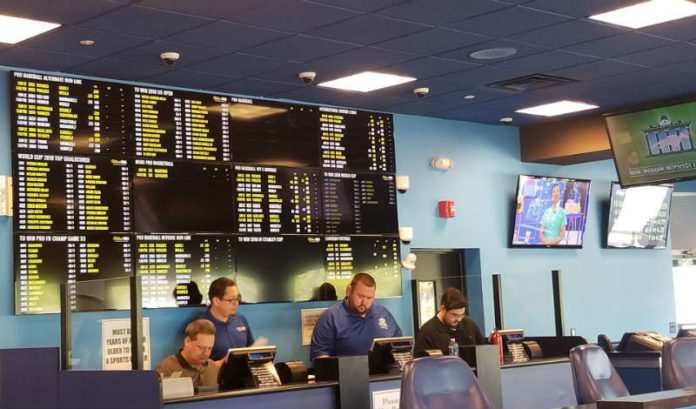 Forget about the 135 percent increase in sports betting — August over July — that the state of New Jersey reported this week.

Dustin Gouker, lead sports betting analyst for PlayNJ.com, said that number could triple once the numbers from September — which include the NFL — come in.

“We could see sports betting grow by more than 300 percent in September as NFL and college football ramp up and the number of options for online sports wagering in New Jersey continues to grow,” Gouker said.

This is after a pretty good August.

New Jersey’s sportsbooks generated $9.1 million in gross revenue on $95.6 million in wagers, or handle, in August, according official reporting released this week.

And industry people say the growth not only will come from the NFL — by far the biggest attractor of bets — but by the growth of the industry itself as more people in the state (and the tri-state area) become accustomed to sports betting.

“Once mature, we expect New Jersey to be a much larger market than Nevada,” Gouker said. “We do not believe that it will take long before New Jersey is the largest legal sports betting market in the U.S. It could be within the coming year.”

The numbers already are impressive.

“We saw a race to the online market ahead of the NFL season, and the strong August handle shows why,” Gouker said. “Online sports betting will be an important vehicle for the industry.”

For the month, online sportsbooks generated a handle of $21.7 million in August, compared with $73.9 million at land-based sportsbooks.

LeGrand Coffee House logo to be worn on Devils helmets this...