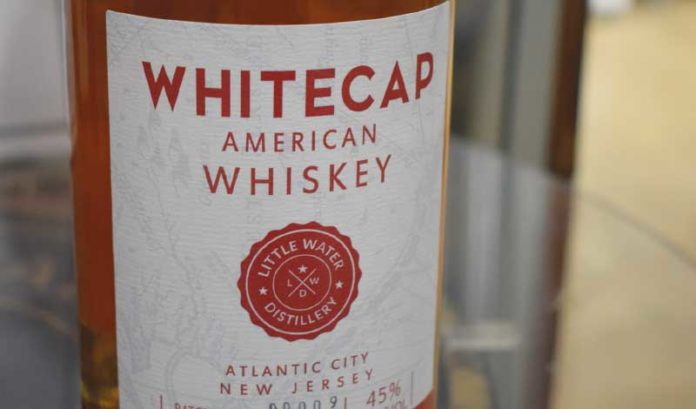 What is it like to be part of the grassroots movement changing the face of Atlantic City?

Ganter opened his establishment nearly two years ago, but he said he feels as if he only has limited support from some of the enterprises that are tasked with building business in the area.

He said the distillery, which manufactures vodka, rum and whiskey, has gained a reputation as one of the unique hot spots to hold events and fundraisers in the city — and many politicians have visited. But he has not seen a push from many locals to help him grow his business.

Ganter said he has made few inroads with the casinos and most local bars.

In addition, he has been unable to get any tax incentives from state or local agencies.

“When it comes to free money, I go after that to a fault,” he said. “So much time was spent speaking with people and exploring programs. At the end of the day, there was absolutely nothing,” he said.

He couldn’t find a single program at the Economic Development Authority to help him open the business.

“In spite of the fact that Atlantic City and Atlantic County are a priority … somewhere in the charter limits them from dabbling in two industries — one is pornography and the other is hard spirits.”

The EDA told ROI-NJ in a statement: “Our records indicate that our business development team discussed EDA programs with Mark Ganter in 2014 and, at the time, the specifics of the project and the requirements of EDA’s programs were not aligned. We recommended at the time of those discussions that he contact one of EDA’s partner organizations that specializes in financing for startup businesses, such as the Cooperative Business Assistance Corp., and also to reach out to the Department of Labor and Workforce Development for information on training grants. There was not, nor is there currently, a restriction on the EDA’s ability to offer assistance based on the fact that Little Water is categorized as a distillery. As the EDA continues to evolve as an organization under the Murphy administration and increases its focus on supporting small businesses and entrepreneurs, we would welcome the opportunity to discuss Little Water’s current financing needs.”

Despite this, Ganter said his business is growing.

Like so many entrepreneurs, Ganter is determined to make it on his own.

Little Water is the first distillery in the town since the Prohibition Era.

And it’s in a spot — locals call it Back Maryland — that has had a reputation in recent years as a rough neighborhood.

Ganter said he didn’t realize the neighborhood’s history when he moved in.

And, he said, he hasn’t had any major issues since that day.

Finding a spot … that was his issue.

“Real estate was a challenge,” he said. “Despite meeting a myriad of brokers, and there are tons, no one quite understands or gets what the content or model is.

“Everyone just assumes that you want to position yourself as a tourist attraction or tourist destination and I was only pitched the Boardwalk, (Tanger Outlets), The Walk or (Tropicana Casino & Resort’s) The Quarter.”

But as a manufacturer and distributor of small batch whiskey and rum, he needed more space.

After initially having no luck with Realtors in the area, he searched for commercial spaces along with his brother, Eric Ganter, who helped start the business.

They found a place near Gardner’s Basin, but they ran into environmental concerns. They then found their present address.

Ganter was born in Upper Deerfield, grew up in Trenton and moved to Germany during a stint with Goldman Sachs, before taking a job in liquor distribution with Bethesda, Maryland-based Total Wine & More.

Ganter, who did projects in Cherry Hill and Rivers Edge for Total Wine, never lost his affinity for the state. And, when he decided he wanted to start his own company, he thought Atlantic City would be the perfect place.

He said he’s since found the tunnel vision the city has around tourist attractions hurts businesses like his.

“I found that in the incumbent agencies — the small business development center, the chamber of commerce — there really wasn’t a lot to offer,” he said. “This isn’t a big thing for me, the buy local…it’s an economic crunch. If you prop your business up on it, you’re doomed to fail.”

It has a lot to do with the history of the city.

“It goes back to the Atlantic City psyche.”

That psyche, Ganter said, is a belief that businesses are just looking to profit off tourists.

“It was hard for us to explain, ‘No, we are actually coming here to manufacture, it’s a cool place to do it, and there’s some allure to the craft of distilling and there is a beverage tourism component to it,’ ” he said. “Obviously, this is a tourist destination. But that isn’t the business in and of itself.

“It’s sort of the un-Atlantic City.”

Ganter makes it clear that he has received some support.

He acknowledges he’s received support from the Casino Reinvestment Development Authority and notes that Little Water is the sole supplier of vodka to Boardwalk Hall and the Atlantic City Convention Center.

It’s a mixed experience that Ganter is still trying to distill and turn into a recipe for success.

Ganter said there are three segments of visitors to the distillery: tourists, locals who want something new to do in Atlantic City and locals who treat the place as a regular place to stop for a tour and a taste.

“I feel like the incumbent perspective of Atlantic City is there is a finite pie there,” he said.

Ganter feels there is more opportunity to push grassroots efforts into the mainstream, and away from the hub of casinos and the Boardwalk.

One example is to highlight the ongoing organ restoration project at Boardwalk Hall — which few, if any, tourists know about or check out.

“We could come at it in a way that no one else would think to do it,” he said.

He wants to be able to get more attention on it and cross-promote and highlight things in the city that regular tourists to the regular tourist spots don’t realize.

“Something we couldn’t easily do anywhere off the island,” Ganter said.

If breweries and wineries located in industrial parks and rural areas can attract unique visitors, Atlantic City shouldn’t be a problem, he said.

That’s the reason he chose the city.

“(To) do it in a place cheaply, and be near the ocean,” he said. “At least be in a place where I can walk outside and feel like I’m somewhere.”

Raising (or dropping) a glass with the governor

Just not in New Jersey.

Ganter, when he had just started working at Goldman Sachs, met Murphy and former Gov. Jon Corzine at a corporate event in Germany.

Ganter said Murphy was a partner in Germany and Corzine, then managing director, was visiting. He recalls being chastised by Murphy because Ganter and a colleague — both sober, he emphasized — accidentally dropped their champagne glasses at the corporate event welcoming Corzine.

“It’s funny to think back on,” Ganter said.