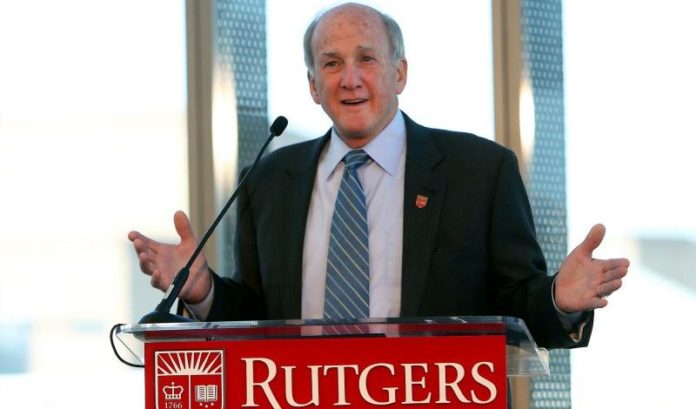 Rutgers University President Robert L. Barchi has agreed to the university boards’ request to remain in his role for at least the next two years, the school announced Wednesday.

Barchi, who has been at the helm of the college since 2012, helped integrate the former University of Medicine and Dentistry of New Jersey with Rutgers. He also oversaw Rutgers joining the Big Ten Athletic Conference and the Big Ten Academic Alliance, the conference’s consortium.

“Bob Barchi has been a remarkable leader for Rutgers,” Sandy J. Stewart, chair of the Rutgers University board of governors, said.

Barchi was involved in the formation of Rutgers Biomedical and Health Sciences. He also played a role in the affiliation agreement that RBHS entered into with RWJBarnabas Health to jointly operate a new academic health system.

“We are confident that, under his leadership, Rutgers will continue to attract world-class faculty, a highly gifted student body and an outstanding staff as one of the most diverse and innovative institutions of higher learning in the nation,” Stewart said.

Barchi also launched the Honors College at Rutgers-New Brunswick. In 2016, he oversaw the 250th anniversary of the school’s founding, a yearlong celebration that culminated with then-President Barack Obama delivering the commencement speech.

“I am gratified by the board’s confidence and the commitment that it has made to build on the progress of the last six years,” Barchi said.

During his tenure, in-state tuition has averaged less than 2.5 percent increases. Since he took office, undergraduate enrollment has also increased, by 10 percent.

Barchi also completed the school’s first billion-dollar capital campaign, which has more than doubled since he arrived at the school.

“Leading Rutgers has presented challenges both large and small. Together with a gifted faculty, a vibrant student body, a massive alumni association and a deeply talented and committed staff, we’ve met those challenges and discovered new opportunities,” Barchi said. “I’m looking forward to making even more progress and achieving even greater things in the coming years.”