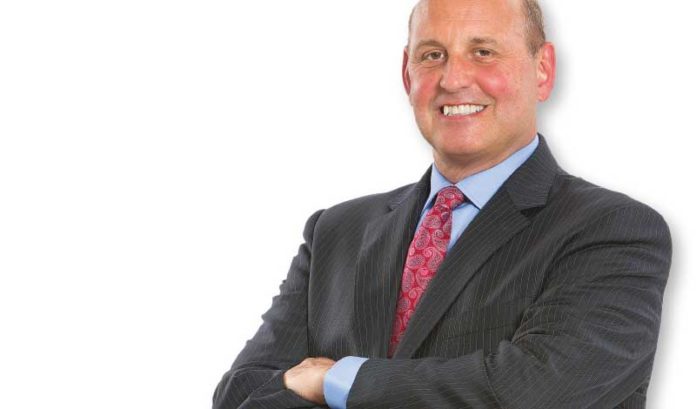 High-profile as Paul Manafort is, the former campaign chairman for President Donald Trump went through a criminal case that could be taken as a warning for taxpayers of any status.

The lesson being that the IRS wants to know about your money overseas.

Among other things, Manafort ran afoul of the federal tax agency’s reporting requirements by not filing a Report of Foreign Bank and Financial Accounts, known to accountants as the FBAR. But the IRS also offers a way of dodging criminal prosecution through what’s called the offshore voluntary disclosure incentive — a program that might soon be disappearing.

For many years, the program allowed taxpayers to come forward and disclose their foreign holdings after not doing so in the past. It might be about resolving an accounting issue, but the legal aspects mean it’s attorneys such as Steve Holt of Roseland-based Mandelbaum Salsburg P.C. that guide clients through the program’s process.

At least, they once did. The amnesty program, which has been in place for nearly a decade, will potentially no longer exist as of Sept. 28, according to Holt.

“Essentially, that means taxpayers are going to be operating without many options going forward in regard to their undisclosed foreign accounts,” he said. “There simply won’t be any recourse for failure to report foreign assets.”

There’s a precedent for the program to be extended. It was earmarked for expiration in the past, but has been continued and sometimes modified by policymakers. As of the start of the month, nothing to that end was proposed.

That means time is quickly running out for individuals with unreported foreign assets. Holt has been sounding the alarm bells about that.

But they haven’t been resonating.

“Even after publishing articles on this cautioning that it’s potentially going away, we haven’t seen robust participation in this program,” he said. “Depending on the size of their foreign holdings — not only financial accounts, but real estate, art and other assets held in foreign jurisdictions — people might feel they can’t justify proceeding with it, given the substantial penalty they would incur. So, they’re viewing it as a calculated risk.”

Complying under this program requires going back almost a decade to pay taxes on foreign assets, on top of a 27.5 percent penalty that’s levied based on the value of the foreign holdings.

Needless to say, that adds up. And the cost has scared off some of the program’s would-be participants, Holt said.

Alan Glazner, another Mandelbaum Salsburg attorney, said he has a current situation involving a client with $1.1 million in assets who faces an IRS-imposed penalty of $900,000 on those assets.

“The penalties can be large,” he said. “But, before getting involved with what the penalties are, you have to subject yourself to an investigation to start with. Entry into this program is not automatic. You really have to be squeaky clean to be accepted.”

Applicants must have their eligibility determined by the IRS Criminal Investigation Lead Development Center. That agency weeds out individuals who have a history of being pursued for delinquent taxes or those already going through an audit or investigation.

If accepted, the individual has to submit a total of eight years of amended tax returns to the IRS within a 90-day window.

There is an alternative with lower penalties and a requirement of only three years of amended tax returns. It’s called the Streamlined Foreign Account program, Holt explained.“But, to be eligible, you have to be able to say the failure to file on foreign income was non-willful, such as someone who inherited an account from a relative they didn’t know existed,” Holt said. “We’ve seen more activity in that area.”

There’s a catch: The program doesn’t offer any immunity from criminal charges, he added.

“So, we wouldn’t recommend proceeding under that program in any case where there is any uncertainty at all about how willful it was,” he said. “Otherwise, you’re exposing yourself to prosecution.”

The choice between these routes may become irrelevant with these programs set to expire at the month’s end.

And, as Holt and Glazner see it, the stakes are only getting higher for clients looking at their options; they believe the IRS is poised today to sharply escalate persecution of unlawful foreign finances.

“What we believe what will occur is there will be stepped-up activities to pursue these taxpayers in civil cases — and, in more egregious cases, criminally,” Holt said. “That’s what we think is around the corner. The IRS is taking an aggressive stance. And there’s a lot of money to be made. That’s not their only motivation, but this happens to be a substantial initiative for the IRS right now.”