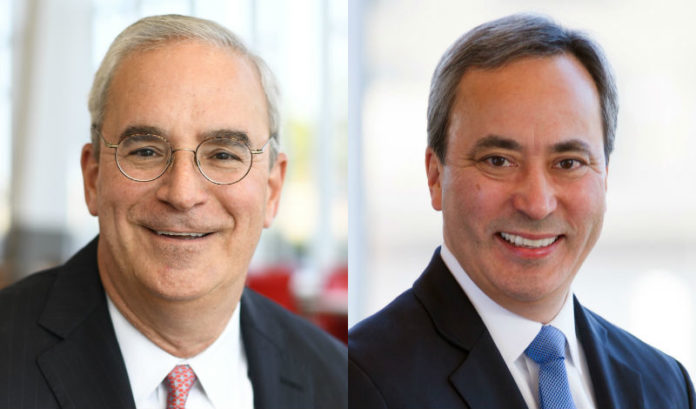 Prudential Financial Inc., which announced the upcoming retirement of Chairman and CEO John Strangfeld earlier this month, is making further executive changes as part of its succession plan, it said Wednesday.

On Thursday, the company said Scott Sleyster, who has been a senior vice president and Pru’s chief investment officer, will succeed Lowrey as EVP and COO of International Businesses of Prudential. In addition, Ken Tanji, a Pru SVP and its treasurer, will replace Falzon as EVP and CFO.

“Scott and Ken bring an important mix of investing, finance and market acumen, as well as global perspective, to the executive leadership team,” Lowrey said in a prepared statement.

“The next phase of leadership appointments underscores the depth and strength of our talent, as well as the thoughtful approach we are taking to succession,” Grier said in a statement.

All of the changes will be effective Dec. 1, Pru said.