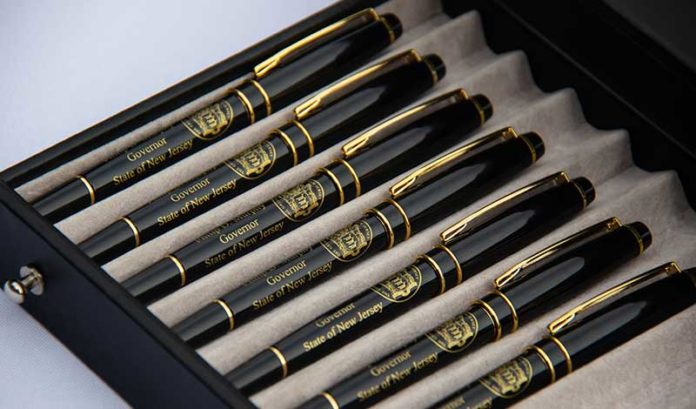 In New Jersey politics, “21, 41 and one” is how you keep score. That is, to make law, you need 21 votes in the Senate, 41 votes in the Assembly and one vote in the front office — the governor’s signature.

This may also be how you can keep score in the professional wrestling match of wills between Senate President Steve Sweeney and Gov. Phil Murphy.

Sweeney has done a good job boxing Murphy into the corner on some major initiatives, thanks in no small part to Murphy’s seeming unwillingness to acknowledge just how much a governor needs the Senate president to get anything done. (“Think about if you’re the governor that really fixed the problems here. You might wind up president,” Sweeney slyly poked in an August interview, urging Murphy to endorse cost-cutting measures proposed by a panel created by the Senate president.)

But Murphy has been pushing back with a record number of vetoes of measures approved by the Legislature. Politico New Jersey recently reported that Murphy “has vetoed more bills in his first eight months in office than the last five elected governors combined,” issuing three absolute vetoes and 34 conditional vetoes — 25 percent of the measures sent to him.

Murphy’s fellow Democrats, of course, control both houses of the Legislature. And bear in mind that nothing gets to the governor’s desk without, at the very least, Sweeney’s acquiescence.

Maybe the vetoes aren’t an outright poke at Sweeney. Maybe they are “just” the result of miscommunication between the Governor’s Office and the Legislature. Certainly, as Murphy’s office has noted, this governor has received far more legislation in his first eight months than previous governors — 154 bills. And maybe the vetoes are, as the Governor’s Office says, simply an indication of how carefully this administration is vetting legislation.

Maybe. But as several observers told Politico, many of Murphy’s problems with various bills could have been worked out ahead of time if he had a better relationship with the Legislature.

And against the backdrop of a Sweeney/Murphy feud that both men deny and yet that is obvious to anyone paying attention, the pattern is hard to ignore. Murphy pointedly rejected bills that were clearly important to Sweeney — including tax credits for an aviation technology park outside Atlantic City and a bill that would have prohibited governors from pulling out of multistate tax agreements.

Then there are Murphy’s two — extremely rare — vetoes in two months of the minutes of the South Jersey Port Corp., an agency in Sweeney’s backyard that he controls. Again, Murphy denies those vetoes have anything to do with a feud with the Senate president. The governor simply cited “significant concerns regarding the manner in which the corporation conducts business.” Sweeney, for his part, acts as if he couldn’t care less about the vetoes.

If nothing else, this is all fun to watch.

The governor may have only one vote. But as Murphy is not so gently reminding Sweeney, it can be the most powerful vote of all.