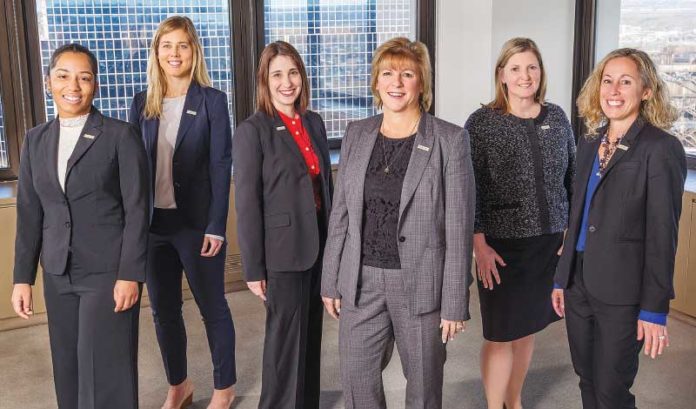 In New Jersey, issues involving the recent (and current) building boom, intellectual property, public-private partnerships, cybersecurity and a host of things involved in the growing wave of incubator and startup spaces are commonplace.

It was with this backdrop in mind that Newark-based Gibbons P.C. formally launched its Higher Education Team, a multidisciplinary, focused group, this year.

Sostowski, who has worked with higher education clients for more than a decade, will lead a team of approximately 40 attorneys.

Sostowski said Gibbons has long been a leader in the area, but the growth of clients and issues led to the creation of the formal group.

“Gibbons has represented higher education clients, primarily in New Jersey, but also outside the state, for a lot of years,” she said. “We currently, or in recent years, have represented a significant percentage of both public and independent schools in the state in some capacity.

“What has changed is that law firms have become more focused on … some of the areas where they do a significant amount of work, higher education being among them. We are developing teams to offer more multidisciplinary approaches.”

Sostowski said the group is providing advice, counsel, training and litigation services with laws particular to the field, as well as requirements for financing, building, hiring, firing, contracting with vendors, licensing and protecting intellectual property, advocating for their interests, and undertaking various corporate transactions and other key operations.

“It’s been a busy practice area,” she said. “There’s been an uptick in the amount of work.

“I think that the practice of law is by nature a collaborative endeavor. So, given our focus on helping to solve problems, having this dedicated group really allows for collaboration across practice areas. Bringing to bear the resources and the talents of multiple people from our team there is helpful to our clients.”

Patrick Dunican, the managing director at the firm, said establishing a formal team made sense.

“With four public research universities, seven state colleges, 15 independent schools and 19 community colleges, New Jersey is a national leader in higher education,” he said. “By implementing a team approach to our service to higher education clients, we are dedicating the administrative infrastructure and management resources necessary to more fully support these institutions, with their growing influence and significance and very specific needs that cross multiple, and often overlapping, disciplines.”

Sostowski said the state has not had a big involvement in some of higher education’s biggest issues, including affirmative action cases. But, she said, others are found throughout the state.

“The Title IX sexual assault on campus is an issue nationwide and is one that is touching every college and university around the country in some way, shape or form, particularly given the evolving federal guidance around that issue,” she said. “It is something that every school needs to remain current on. And that’s definitely an area where we do a lot of work.”

As is the building boom, Sostowski said.

“That’s an area where we have been actively engaged with our real estate property practice, with our corporate practice and with our work around public-private partnerships,” she said. “That’s definitely been a significant area.”

“Many of the colleges and universities in the state are really playing an important role in driving innovation with the research that they’re doing and also working in collaboration with New Jersey companies,” she said. “It’s definitely a trend that we are seeing, and it leads to regulatory and government affairs work and corporate work.

“IT work — given what an important economic driver and incubator many of the schools are becoming — is becoming increasingly important, too,” she said. “Data privacy and security is a big issue. Colleges and universities have a massive amount of data, and much of it in a decentralized fashion, which raises a lot of issues.”