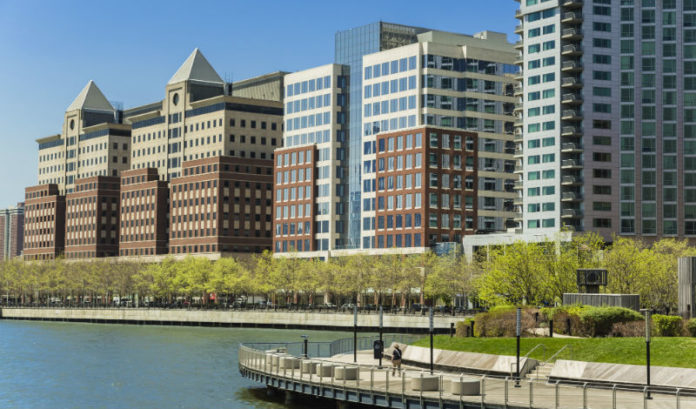 SJP Properties announced Monday that Jet.com has signed another expansion agreement for its headquarters in Hoboken at the Waterfront Corporate Center.

SJP said it developed and owns the Waterfront Corporate Center, a Class A complex with three buildings totaling 1.5 million square feet, in partnership with PGIM.

“Jet’s continued growth has been a major boon to Hoboken since the company established its headquarters in the city in 2015, bringing with it a significant number of jobs and further establishing Hoboken as a premier headquarters location for leading-edge companies,” Steven J. Pozycki, CEO of SJP Properties, said. “It’s been a pleasure working closely with the Jet team to support its rapid expansion, and we look forward to collaborating on the design and execution of its new space within Waterfront Corporate Center so that the company can continue to attract and retain top talent.”

SJP Project Solutions, a division of SJP that is focused on development and construction management, will oversee the build-out of Jet’s expansion at the Waterfront Corporate Center II. SJP previously served as the construction manager for the design and build-out of Jet’s initial headquarters space at Waterfront Corporate Center III, a six-phase, multiyear project.