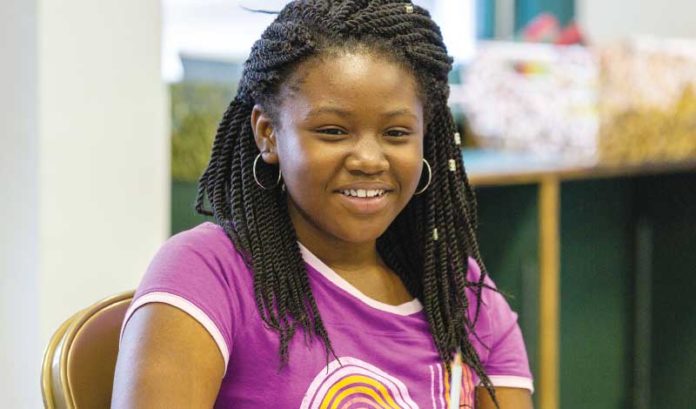 New Jersey SEEDS changes the lives of motivated, high-achieving students from low-income families by transforming their educational opportunities. SEEDS ensures that its students have the knowledge, skills, access and support to thrive at the nation’s finest schools and colleges. New Jersey SEEDS strives for a world in which young people’s initiative, creativity and intellect can flourish without regard to socioeconomic status.

SEEDS’ classes for the 2018-2019 school year kick off in September. For the next several months, more than 160 students will work closely with SEEDS to prepare for admissions into middle school, high school or college. Students will work with SEEDS preparing for entrance exams, completing admissions applications, finalizing personal statements and navigating financial aid forms before their graduations next summer.

SEEDS identifies and selects scholars at different points along their educational trajectories and has developed distinct academic programs to meet their needs. Each program — Scholars, Young Scholars and College Scholars — is designed to rapidly build the critical thinking skills and knowledge base that will allow students to thrive in far more challenging school environments than those from which they come.

Young Scholars participate in a 14-month program that begins with a summer session following fourth or fifth grade, meets on Saturdays during fifth or sixth grade and culminates with a three-week summer program the summer before sixth or seventh grade. The Young Scholars Program is open to students in Greater Newark (Newark, Irvington, Orange or East Orange). Scholars Program takes place over a 14-month period, beginning in the summer after seventh grade with a three-week residential experience, continuing Saturdays during the eighth-grade year and culminating in a second three-week residential experience during the summer between eighth and ninth grade. The Scholars Program is open to students who live in the state of New Jersey. College Scholars participate in a 17-month education experience designed to prepare and place top-performing, low-income students from eligible public high schools in highly competitive colleges with excellent preparation and sufficient financial aid. College Scholars begin academic classes with SEEDS on Saturdays during the spring of their junior year, followed by a three-week summer residency on a college campus. College Scholars resume academic classes each Saturday during senior year (fall through spring).

New Jersey SEEDS is entirely privately funded by generous individuals, foundations and corporations. SEEDS spends $17,000 to educate each student. That investment in a SEEDS scholar often yields $450,000 in high school and college scholarships.

New Jersey SEEDS has been working to change the lives of motivated, high-achieving students from low-income families for more than 25 years. In 2016, SEEDS launched the College Scholars Program as an immersion experience designed to reach three times as many students in a wider geographic area than the existing high school academic initiative SEEDS had in place at the time. The second class of College Scholars graduated from SEEDS in June 2018, and — following the success of the first graduating class — all 39 students were admitted to colleges and universities.

NJ SEEDS is supported by local, regional and national corporations and foundations; alumni and their parents; and numerous private individuals from the communities SEEDS serves.

New Jersey SEEDS solves the ZIP code problem. The students SEEDS works with are smart and motivated. Yet, because they live in certain ZIP codes, their access to educational opportunities is limited. With SEEDS, these students have the chance to enroll at the nation’s most selective middle schools, high schools and colleges with substantial financial aid packages.

For more information on how you can support New Jersey SEEDS, please contact Kristy Geoghan, director of development, at kgeoghan@njseeds.org.