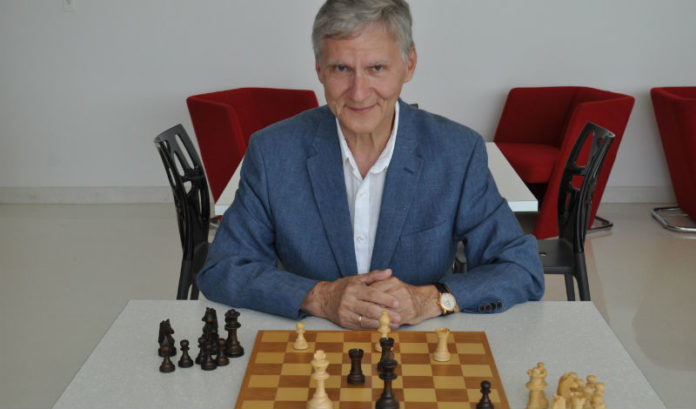 Rutgers University professor Andrzej Ruszczynski has become the college’s first winner of the prestigious George B. Dantzig Prize from the Society for Industrial and Applied Mathematics and the Mathematical Optimization Society, the school announced Thursday.

Ruszczynski, who shared the triennial honor with Georgia Tech’s Alexander Shapiro in July, is a professor of management science and information systems at Rutgers Business School. He is considered one of the world’s leading researchers in risk optimization and risk adverse decision-making.

“This is like a crowning of a career in the area of optimization,” Ruszczynski said in a prepared statement. “I am extremely happy. This is confirmation for me that I chose the right way in research.”

Early in his career in applied mathematics, the college explained, Ruszczynski — a chess lover — made the decision to pursue an unconventional field, risk optimization.

“At that time, most research was done on deterministic models,” he said. “I wasn’t really interested in that. I wanted to work on problems in which the result of your action is not guaranteed, like in an investment or a military operation.”

The Dantzig Prize is awarded every three years to an individual or individuals for research that, by its originality, breadth and depth, is having a major impact on the field of mathematical optimization, Rutgers said. Twenty-one researchers have won the prize since its inception in 1979.

“The recognition affirms the MSIS department’s commitment to academic excellence,” Michael Katehakis, distinguished professor and chair of the department, said in a statement. “It also serves as a great example of our faculty’s rich expertise and influence.”