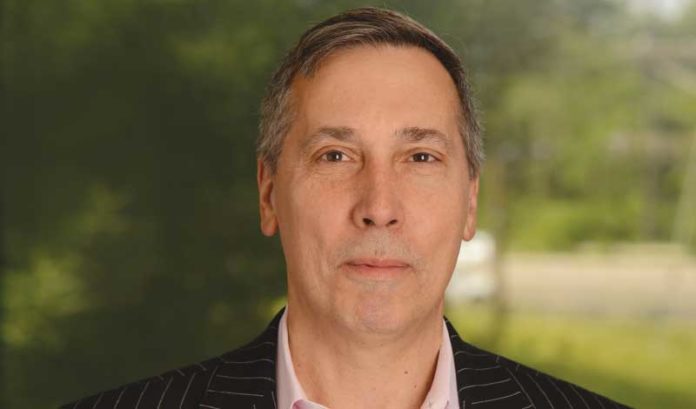 The way lights turning on in an old room can make cockroaches scamper in a hurry.

That’s the image Todd Polyniak, head of the accounting and audit department of Sax LLP, chose to describe the way the accounting industry has reacted to federal tax reform.

“Everyone has been in such a scramble to answer how this new tax law affects people after many years without such significant changes,” he said. “There has been a panic. But, at least we have some additional guidance now.”

For all the talk about how the 2017 Tax Cuts and Jobs Act was going to change things substantially for the country’s taxpayers, there were more questions than answers about it for a lot of tax professionals in the months following its introduction.

“In the meantime, the best we’ve been able to do as accountants is learn as much as we can, explain it as well as possible to clients and not have anyone make rash decisions,” Polyniak said.

In particular, accountants have been eagerly awaiting guidance on how to calculate the Section 199A deduction, a key component of the new law. Excitement surrounded the possibility that businesses could get an up to 20 percent deduction on their 2018 federal income tax return, but the statutory language of how the deduction works left a lot up to the imagination.

Well, the wait is over.

About a month ago, accountants got the gift of clarification on the deduction, all wrapped neatly in the package of hundreds of pages of jargon-laden tax regulation language.

“And I’ve been very fortunate to spend my spare time reading it all; it has been quite unbelievable,” said Kenneth Bagner, an accountant at Livingston-based Sobel & Co.

In theory, the explainer of epic proportion works out most questions accountants and their clients had about applying the hefty deduction. But, there’s still a lot of homework involved.

“It’s unrealistic to think your accountant can read something like that and figure it all out within a week,” Bagner said. “There’s a lot of fine-tuning to do. This is just the beginning.”

That said, Bagner believes accountants had better figure it out soon.

“Because, what’s really happening now with this influx of work after this substantial change in the tax law is that accounting firms that aren’t being proactive are having clients look elsewhere,” he said.

That’s one thing that’s been most clear about the tax reform’s effect: It’s an industry shakeup. Tax professionals are trying to master complicated tax provisions within a short period of time — hurried by the risk of losing clients to firms proclaiming they have all the answers today.

Phil Goldstein, co-founder and managing partner at Mahwah-based Goldstein Lieberman & Co. LLC, has a veritable army of CPAs and tax attorneys working on figuring these changes out as more light is shed on them. And it’s paying off.

“I don’t like to speak badly of other firms, but we’ve gotten opportunities from firms recently that are missing the boat on this,” Goldstein said.

The work of breaking down the tax reform for clients has involved keeping an eye out for additional guidance from the IRS, such as the proposed regulations the agency released to clarify the Section 199A deduction.

Since the new tax law lowered the tax rate for corporations to 21 percent, but not sole proprietors or owners of pass-through businesses, it also created this workaround deduction that would lower the amount for those in other categories.

From next year until 2026, a taxpayer other than a corporation can take a 20 percent tax deduction equal to his or her business income earned through qualified trades or businesses. The tax overhaul’s language glossed over a definition of “qualified” by only adding that all trades counted except those you perform as an employee or “specified service” trades or businesses.

“And that was one of the many things we weren’t sure about — how broadly or narrowly the IRS would interpret ‘specified service’ trades or businesses,” said Brian Lovett of WithumSmith+Brown P.C.

Lovett, a tax partner at this firm, said the good news is that the interpretation was relatively narrow. Another section of the tax code was used as a definition; it eliminates from eligibility anyone with a trade or business where the principal asset of such trade or business is based on reputation, including performing arts, athletics or even the accounting profession itself.

In the update the IRS provided, specified service businesses can also mean most investment or trading professions.

There are other limitations on the books, such as how much of a deduction you can take based on the sum of wages and compensation paid to employees by the business in a year.

If all that wasn’t enough, there are also opportunities carved out for taxpayers with annual incomes under certain amounts — less than $315,000 if married, $157,500 for individuals — to not be subject to the barriers to qualifying for the deduction.

“So, some strategies businesses might have to look at now (are) reducing income in a year beneath the limit in various ways,” Bagner said. “A lot of that sort of planning is going on right now.”

Even as accountants work to help clients get the most of their upcoming 2018 federal income tax returns, there’s only so much they can do to prepare themselves for the swarm coming next tax season.

“To start with, I don’t know if the software companies we work with (to process returns) are going to get it right,” Bagner said. “Quite frankly, these companies aren’t perfect — and they have so much work to do. I’m expecting a glitches, oversights and things just not coming out right.”

Christie passionately defends Grow NJ program and those who administered it