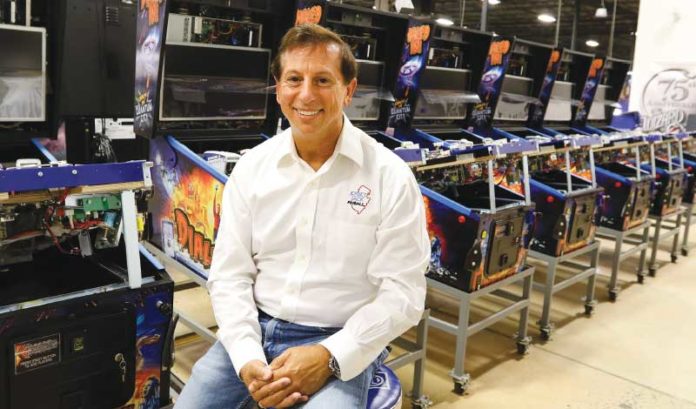 In an age when “Fortnite” and “Minecraft” rule — and one in which gaming companies are looking for the next “Pokemon” or “FarmVille” — Jack Guarnieri is going old school:

Guarnieri, founder and CEO of Jersey Jack Pinball, has manufactured artisanal pinball machines in his facility in Lakewood for nearly eight years.

He hopes he can help make pinball mainstream — and notes that the state’s current champion is under 18 years old.

“Young people are discovering pinball every day,” he said. “The pinball shows are growing, and the player base is expanding.

“We are gaining those players because, every time you play pinball, there is a random aspect to it as a game of skill.”

And while that gives Guarnieri hope for the future, he doesn’t need to worry about the present.

Jersey Jack Pinball is now a nearly $20 million company, not only surviving but thriving on an older audience that buys his units — with most selling in the $10,000 range — for their personal use.

“We are not the biggest manufacturer and may never be the biggest, but we are an industry leader in many ways, including innovation and quality of game build and play,” he said. “Our customers tell us that they are willing to wait and pay a bit more for our games because they know what they are getting when they buy from us.

“We are held to a different standard and therefore try to underpromise and overdeliver every time.”

Guarnieri said he is in the business of keeping customers happy, calling himself a veteran of the amusement industry.

“I began repairing electro-mechanical pinball machines in 1975, games that didn’t even have an electronic score, but mechanical score wheels,” he said. 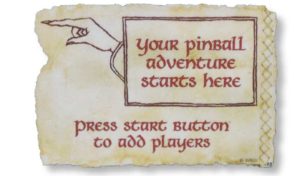 Shortly after, Guarnieri said, he moved into operations and development, including Fuzzy’s Family Fun Factory in Howell, before creating PinballSales.com in 1999 to sell what were typically commercial amusement games to the home consumer market.

“That company helped to launch Jersey Jack Pinball, because it was then I realized that people in the home market actually would want to buy these games,” he said. “I also began to notice how, since there really was only one major company building these pinball machines, technology began to lag due to a lack of innovation.”

Guarnieri decided to give it a go himself by founding Jersey Jack Pinball in a nearly 45,000-square-foot facility in Lakewood in 2011.

“It was a big risk to start a pinball company at the end of the recession, with the first and only thing I had being my reputation in the industry,” he said. “But I was able to tinker with more than a decade’s worth of technology in which to innovate our first game.”

Jersey Jack Pinball released “The Wizard of Oz” in 2013.

“‘The Wizard of Oz’ blew apart everything anyone knew about pinball machines then,” Guarnieri said. “The game is just beautiful.”

Not only did the game feature detailed artwork by artist Jerry Vanderstelt, but also it featured several industry firsts, including an LCD HD-quality monitor, rich audio and color-changing RGB LED lights.

“‘The Wizard of Oz’ was placed in the Smithsonian for a couple of years on free play and it’s been in art museums in France,” Guarnieri said.

The theme also attracted more girls and women to pinball, he added, as well as talented team members, including industry legends Pat Lawlor, a game designer, and John Youssi, an artist.

Guarnieri feels the business model is basic, saying it only takes imagination to create playable works of art.

“That, plus mechanical and electrical engineering and a couple million bucks or so to design and build,” he said.

The company now employs between 50 and 100 workers, including Guarnieri’s daughter, Jen.

“She is my left arm,” he said. “She’s very much involved in everything, from customer service to sales to production.”

Jersey Jack Pinball sells thousands of units each year, with distributors in 19 states and nearly 15 countries.

“Our games are sold mostly into the consumer market, for people who have amazing games in their homes,” Guarnieri said. “There is a growing player base and more and more pinball events and tournaments every month, as well as increased attention and awareness.”

Jersey Jack Pinball games typically take a theme and weave its storyline throughout, he added, often working with film-fan favorites.

“The Hobbit,” for example, was released in 2016. “Pirates of the Caribbean,” this year.

But it is “Dialed In,” Guarnieri said, that has really helped to raise awareness of just what Jersey Jack Pinball can do.

“I always had envisioned a pinball machine that could take your picture,” Guarnieri said.

Therefore, Guarnieri commissioned Lawlor, the man behind classic pinball machines such as “The Addams Family” and “The Twilight Zone,” to create the first pinball machine to feature Bluetooth connectivity, a mobile application with which to control gameplay, and a camera to allow players to take selfies and immerse themselves even more into the game.

“It was something so simple that now lends itself to today’s technology and brings the game more relevance and notice,” Guarnieri said.

Its collector’s editions, limited to 150 units, sold out in a matter of days.

“Machines typically cost between $8,000 and $12,500 each, depending on various cosmetic features and editions,” Guarnieri said.

“The challenge now is to get more of our games into commercial markets, actually, such as arcades and family entertainment centers,” Guarnieri said.

Players can find all of Jersey Jack Pinball’s games, however, at the Silverball Museum in Asbury Park, he added.

And, as far as manufacturing in New Jersey, Guarnieri said he is happy to stay put.

“It’s in the name,” he said. “I can’t imagine building games anywhere else but here.”

“A customer from Miami who has become a really good friend helped me to recapitalize the company,” Guarnieri, the CEO, said.

“Jersey” Jack has not always lived in New Jersey.

“My brother-in-law had been training racehorses,” Guarnieri said. “After they closed Roosevelt Raceway in Long Island, he moved to Jackson to primarily race at the Meadowlands and in Freehold.

“We at first thought he was crazy, but when we came to visit from Brooklyn, we said, actually, we might like to get a nice house and property, too.”

It hasn’t been easy starting and running a business here, though, he added.

“Everything seems to cost more money in New Jersey,” Guarnieri said. “The employee base is good, but the cost of living, taxes, transportation and overhead are all against you as compared to other states.”

Still, Guarnieri added, after living here 29 years, he would not dream of going anywhere else.

The pinball capital of America, Jack Guarnieri said, is Chicago.

“Many of the people I wanted to hire, therefore, lived in that area, and while some of them would relocate, some wanted to explore the idea of working remotely,” Guarnieri, founder and CEO of Jersey Jack Pinball in Lakewood, said.

“With today’s technology, including FaceTime and Skype, I felt it would not be a big deal if they stayed and worked there while we had our factory in New Jersey,” he said.

“Once in a while, I have wondered if it would have been better, worse or different, but we get everything done that we need to most effectively,” Guarnieri said.