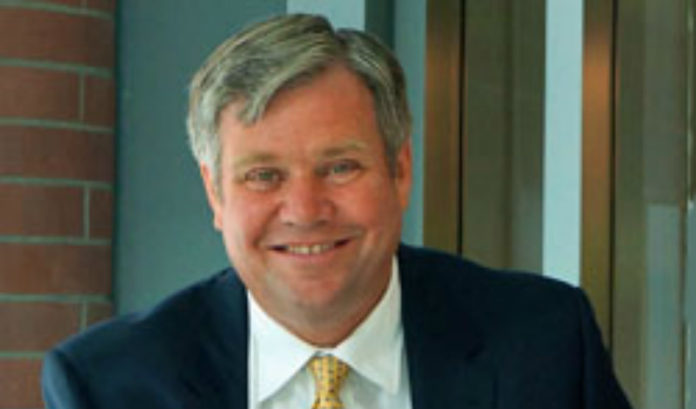 Will New Jersey eventually lose its status as a high-cost, high-value state?

It’s possible, based on the actions of the state government, but it could also be saved by a more conservative approach to the budget.

That’s according to Tom Byrne, managing director and head of equity portfolio management at Byrne Asset Management, who spoke at the New Jersey chapter of Financial Executives International meeting Tuesday in West Orange.

“Every June, (you hear) about a state budget crisis and, every year, it seems to magically get solved at the last minute,” Byrne said. “The point I try to make is that politicians can sit down and work out a billion dollars over a July Fourth weekend. It’s not a great way to run government, but that can be done. But solving a $100 billion problem is not so easy.”

That problem Byrne referred to comes from a projected range of $50 billion to $150 billion in the unfunded pension liability.

Though the state is unlikely to adopt a 401(k) plan, which would result in losing its ability to hire qualified staff, there are other ideas out there, Byrne said.

He is one half of the Byrne-Healey report, which was commissioned under then-Gov. Chris Christie and provided a blueprint for the state to follow to reduce its costs.

The ideas in the report include a number of old suggestions that have floated around the state, including consolidation and reducing the richness of benefits for state employees.

Gov. Phil Murphy recently announced an agreement with the unions to move Medicare-eligible employees off the state’s health plan, which could result in close to $500 million in savings in the next two fiscal years.

Byrne said it was a good step in the right direction, but is likely to save only about 20 percent of what his original recommendations were.

One of the other ideas Byrne shared Tuesday was reducing the richness of health care benefits for government employees — an idea that was tried on a voluntary basis in the past and saw little savings.

“I don’t see it happening anytime soon. We’ll see how far the Legislature wants to push that … there may have to be a statutory change that supplants collective bargaining,” Byrne said.

The idea wouldn’t be to match the private sector, which sees silver plans as the norm, but instead reduce offerings by one notch, from platinum to gold — standards set by actuarial values in the Affordable Care Act.

But that is just one of the issues facing the state. And politicians are either likely to cut costs by cutting programs, or raise revenue by raising taxes.

In the latter scenario, which is playing out under the current administration, it still doesn’t fix the problem, Byrne said.

“if you get more income tax revenue and that goes out more in state aid, you have a bigger pool of money that just sort of gets spent pretty quickly,” she said.

The other problem stems from the love for home rule in the state.

Some have suggested getting rid of the county seats of power, while others want to consolidate municipalities. Byrne said that, at the end of the day, the numbers tell the story and it is obvious something has to be done.

New Jersey spends more than 50 percent more on average on police officers. And it isn’t a regional thing, because New York and Pennsylvania officers are also paid less than New Jersey, Byrne said.

“It’s also true that New Jersey has 56 percent more police officers per capita than the average state,” he said. “If you were to say that’s a good thing, because they are in cities where we need them, I would say great, but they are not, they are in the suburbs, where the money is.”

The bottom line, Byrne said, is that there are a number of things that can be done to help curb the costs in the state, if there is enough political will to do so.

“If, in two or three years, the pension situation looks even more dire, that has a way of focusing people’s minds that there’s more we have to do,” he said.