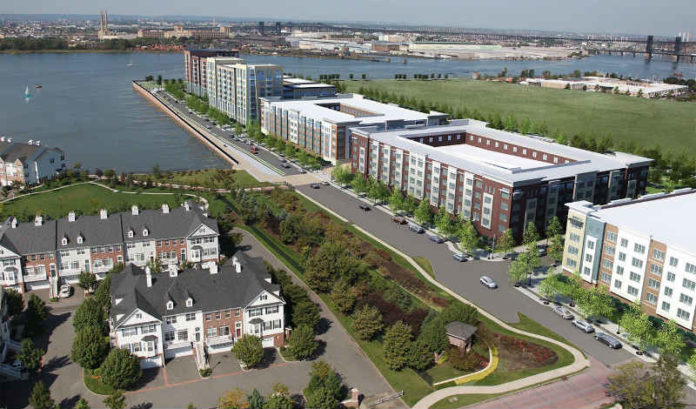 The city council voted, 8-1, in favor of an agreement to purchase approximately 70 acres of land from Bayfront Redevelopment with the intent of developing the largest mixed-used facility in the city in decades.

The entire project will be approximately 100 acres, as some of the area will be donated.

Under the agreement, the city will bond $170 million to purchase the land and build the necessary infrastructure.

The bond leaves $90 million toward the purchase of the land, with the remaining funds to be available for other developmental costs, such as the demolition of existing structures, the construction of infrastructure improvements and other needs.

Mayor Steve Fulop said the agreement is another major victory for the city.

“As we continue to transform the city’s West Side, this is an important step forward in the development of the largest mixed-income community in our region,” he said. “Our priority is to create more affordable housing options throughout the city for our residents. Through this purchase, we will be able to do just that.”

The agreement will go up for a second public reading Oct. 10, but Fulop told ROI-NJ he is confident it will be passed again.

“I think, at this point, the majority of the council has bought into it and thinks it’s a good idea,” he said. “We may lose a council member or two. Some of them were on the fence and they gave us the benefit of the doubt in the first reading. I think we’ll be OK, but it probably will be a little bit more of a closer vote.”

Fulop said word of the project is out — and he has been hearing from potential developers for some time.

“There’s no shortage of developers who have already reached out from across the country, as far as California, expressing interest,” he said.

That’s good, Fulop said, because he wants to move quickly.

“The planning department is hiring a planning firm to phase out the different parcels of land to sell,” he said. “That will happen between now and January.”

“We’ll be going out to bid in January,” he said. “It’s going to be close to $70 million in infrastructure — that’s sewers and streets and open space, major stuff, like laying out the street grid.

“We’re also going to look to sell the first piece of property for development. We should have real movement by early 2019.

“It will depend on who we partner with on the development piece to see how quickly they move on that. But everybody we partner with will know we’re going to want to see movement quickly.”

Fulop, aware of the cost and the significance of the project, said making sure checks and balances are in place is important, too.

“We also set up an advisory board last night, which is going to function as the first step for every developer to get in front of,” he said. “It will be a check on the city council and make sure the community constantly has involvement.

“It’s a big investment, $170 million. So, we want to make sure that people feel there’s proper oversight.”

Fulop feels the project is another win for the city — a city that has had plenty recently.

“Every ward has major projects that are going on and signature projects. We probably have five or six projects that any city would be proud to have just one of, because they are game-changers.”

When Bayfront ultimately will be finished is hard to estimate, Fulop said.

“It’s hard to anticipate what the market is going to do, and we’re obviously subject to that, but I do think that you’re going to see movement in 2019.

“It’s a big investment. It’s a lot of money for bonding. But, I think, if we execute on this, and I think we will, then the city has the potential to make some money and, more importantly, have a great mixed-use community.”

Murphy appears to be getting closer to mandating face coverings outdoors

Murphy, with Thanksgiving approaching, drops limit for indoor gatherings to 10