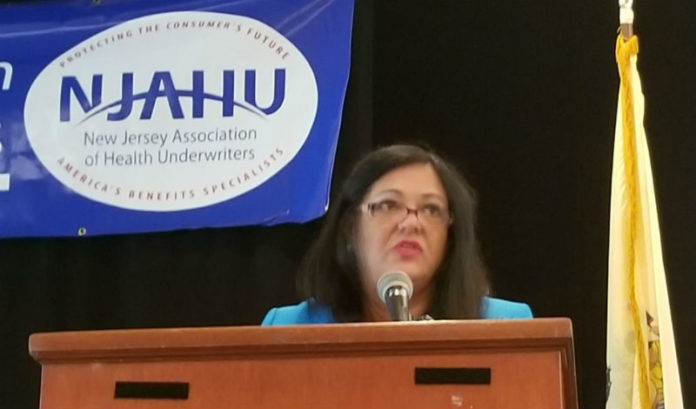 “Despite ever-changing policies at the federal level, we are doing everything possible to provide access and quality,” Caride said.

The state’s Legislature passed rules, which Gov. Phil Murphy signed, to reinstate the individual mandate, as well as set up funding to cover the highest claims in the state.

“To give you a sense of the challenge, in the first quarter of 2018, enrollment in the individual market was down more than 10 percent,” Caride said.

While that reflects the consumer response to the repeal of an individual mandate penalty at the federal level, it signals instability for insurers — which crave stability to help maintain low premium rates.

“For the first time since the major provisions of the ACA took effect in 2014, the number of New Jersey residents enrolled went down,” Caride said. “The drop in enrollment was troubling. Across the country, our health care system has suffered the consequences.”

But New Jersey’s efforts are paying off.

“New Jersey is now leading states in efforts to combat the federal government’s intentional sabotage of the ACA,” Caride said. “We heard from carriers that, if New Jersey had done nothing to stabilize the market, residents would have seen rates rise by 12.6 percent this year. The rates will drop by total of 9.3 percent for 2019. We are proud of the work we have done. This is just the beginning.”

In addition, DOBI has expanded its regulatory authority to oversee the plans that health insurers are putting out on the marketplace.

“DOBI took over the plan management function of the marketplace in May. We are now reviewing all plans to make sure comply with New Jersey laws and the ACA,” Caride said.

Read more from ROI-NJ on the symposium:

Deborah Heart and Lung Center, thanks to $88.2M in added funding,...