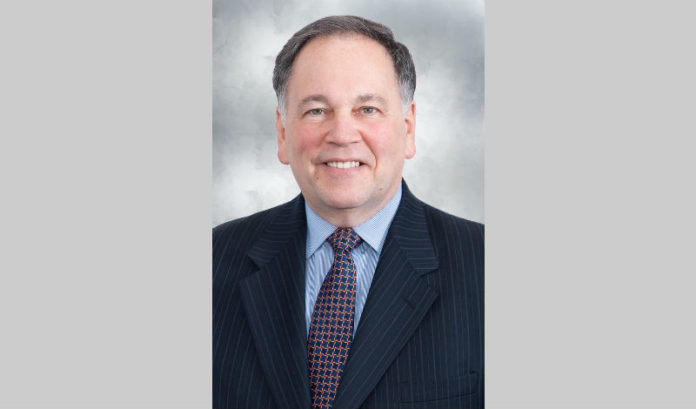 “Steve’s move to our firm creates immense opportunities for synergies between his practice areas and our longstanding work in real estate, redevelopment and related industries,” Michael J. Gross, co-managing shareholder at Giordano, said.

Goldenberg has extensive experience in energy and public utility law and policy in New Jersey, including authoring several bills that were signed into law and serving as chair of the Christie administration’s Energy Master Plan Task Force on Energy Efficiency and Renewable Energy. He also spent seven years as special counsel to the BPU and its president, Christine Todd Whitman.

At Giordano, he will focus on energy infrastructure in public-private partnerships, microgrid and co-generation projects, redevelopment law, and more.

“His energy and public utilities practice will be a key component in much of our work,” Paul T. Colella, co-managing shareholder, said.

Goldenberg founded and represents the New Jersey Large Energy Users Coalition and the New Jersey Distributed Generation Coalition. He also was a founding member of the Energy Master Plan Task Force of the National Association of Industrial and Office Parks New Jersey chapter.

He is also a registered Governmental Affairs Agent. Prior to Giordano, Goldenberg practiced law at several law firms.

Watch out: Anyone who committed fraud involving PPP loans has day of reckoning coming, attorney says

Home … office … and in-between: Sills Cummis has found what it feels could be ‘new normal’ for its lawyers — a satellite office...

Drug testing in era of legalized cannabis: Do’s and Don’ts for employers

Health Care
Tom Bergeron -
May 10, 2021
Gov. Phil Murphy said Health Commissioner Judith Persichilli and her team are making plans to open the COVID-19 vaccination process to adolescents between the...

Who expands during pandemic? Company with strong board, NJM’s CEO says

Finance
Tom Bergeron -
May 10, 2021
What type of company expands during a pandemic? One that has a solid board behind its plans. That’s how Mitch Livingston, the CEO of NJM...

Real Estate
ROI-NJ Staff -
May 10, 2021
The third phase of the Riverwalk luxury residential community in Elmwood Park has secured construction financing, according to real estate firm JLL Capital Markets. The...

Real Estate
ROI-NJ Staff -
May 10, 2021
Saying it is perfectly positioned to appeal to professionals concerned with safety and wellness in their post-pandemic return to the office, Mack-Cali Realty Corp....

Are Gov. Murphy’s worker protections eliminating the need for unions?

The case for expungement: Is now the time?