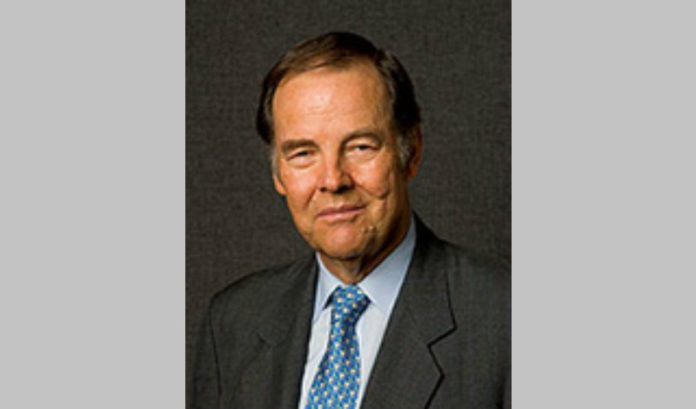 It was only fitting that former Gov. Tom Kean was among the dignitaries at the ribbon-cutting for One Theater Square in Newark. And it was accurate for Kean to be singled out by New Jersey Performing Arts Center head John Schreiber for his commitment to making NJPAC the anchor for Newark more than two decades ago.

NJPAC, Military Park and its surrounding properties and, now, One Theatre Square: Schreiber said they can all be traced back to Kean.

“Thirty years ago, you had a big idea,” Schreiber said. “You had the grit and the foresight and the creative and the practical vision to make that idea come true. And, not only did you lead the building of this amazing place, where hundreds of thousands of people have a great time every year and a zillion kids get educated in the arts, you also had the foresight to save about 15 acres around us.

“That foresight resulted in this wonderful building and lots of other things that are on the burner for the next 5 to 10 years — a development of a true arts education and entertainment district. So, thanks for that vision.”

Kean, gracious and stately as always, deflected the praise. But he told ROI-NJ that the area still is special to him.

“One of the greatest things in life is to have a dream and live to see it come true,” he said. “This is what I hoped for.”

Kean said he still marvels at what Newark has been able to accomplish around NJPAC.

“This is right up there with anything I’ve done,” he said. “It’s something I’m proud of everyday when I come here. So many people have added to the green and the vision and have made it come true. And it’s still ongoing. The success of this building will do that.”

Read more from ROI-NJ on One Theater Square:

Murphy increases capacity for outdoor events, weddings and proms — but...

Visitors from 36 states, territories now need to quarantine when entering...

More support for Christie as A.G.