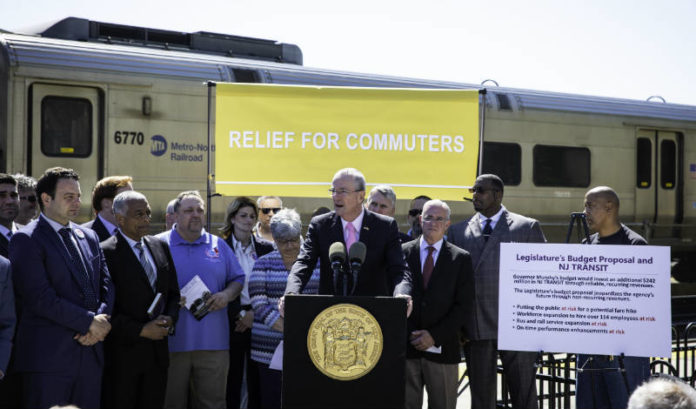 For all the information provided in the audit Gov. Phil Murphy ordered for New Jersey Transit shortly after he was elected, one recommendation stood out:

“Run NJ Transit more like a business and less as a state agency,” the report said.

The audit, completed by Atlanta-based North Highland and released Tuesday, produced five key areas for NJ Transit, the country’s largest statewide transit system, to focus on in order to improve operations, including:

But, at the heart of the issue, North Highland said NJ Transit needs to have a better understanding of how it operates.

“NJ Transit was established statutorily as a corporation independent of (the Department of Transportation),” the report said. “Yet, today, it operates with aspects of a corporation and aspects of state government.

“For example, NJ Transit must comply with the New Jersey First Act, which includes residency restrictions for employees. It must compete in the marketplace but cannot control its own fares. It must be nimble to respond to customer needs but cannot change a bus route without a public meeting. It has no dedicated funding source, but carries intense state oversight.”

This, the report said, is a big issue for a system with an active fleet of 2,220 buses, 1,230 trains and 21 light rail vehicles, with an annual ridership of almost 270 million passenger trips.

Some of the information isn’t new, officials said at a news conference.

NJ Transit Executive Director Kevin Corbett said it is a reminder of just how much attention has been lacking.

“Some of the most basic things have been neglected,” he said.

Corbett said the organization already has implemented a number of initiatives, even before the audit was released, in anticipation of some of the findings.

That includes the structural reorganization and greater emphasis on training and career development for employees, as well as paying competitive salaries.

To run more like a business, North Highland recommended NJ Transit immediately revise its structure. The report said there are not enough deputies or assistants, and too many positions report to the executive director.

In addition, there is no formal mentoring program, and the organization has a very siloed structure.

Corbett and DOT Commissioner Diane Gutierrez-Scacchetti said they already are making changes to address that.

“The training pipeline was allowed to dry up for years,” Corbett said.

NJ Transit already has added training classes, up to four per year, and reduced training time for rail specialists from two years to one.

In addition, to address customer satisfaction, all communications for all services have been centralized into a single “war room,” Corbett said. This has allowed more accurate information to be shared quickly with customers.

“I wish we could implement all the recommendations in a week or a month … but this is a process,” Corbett said. “We can’t afford to make mistakes by rushing the process.”

Gutierrez-Scaccetti emphasized there are no planned layoffs as a result of the audit.

Another glaring issue uncovered in the report, and touching on the identity problem, is that NJ Transit does not have an internal general counsel. Instead, it relies on the attorney general’s office.

The audit also revealed a need to pay attention to NJ Transit’s labor force of 11,000.

As of April 2018, NJ Transit had 396 open positions actively being recruited for, 63 of which were for bus operators, despite 49 positions being filled in April, as well as 60 openings in the capital planning department, 16 positions in the procurement department, 20 positions in technology services, nine in human resources and nine in requisitions, according to the report.

Hiring and maintenance had slowed or been put on hold in the past decade as federal funding decreased, paired with the loss of state funding — making NJ Transit one of the least reliant agencies on state funding in the country.

Passenger fares represent the biggest source of NJ Transit revenues, at more than 40 percent, according to the report.

“Reduced revenue in 2017 can be attributed to reduction in the price of gasoline, which has led to more riders relying on personal vehicles and on rideshare services such as Uber and Lyft. Negative public perception of the agency may have also factored into the drop in these revenues,” the report said.

The report provides a number of new revenue sources, including public-private partnerships and real estate development.

The latter is already in play — outside of NJ Transit-owned land — and can be seen by the interest from residential real estate developers around the state.

Meridia Living, owned by Linden-based Capodagli Property Co., is one such example.

The locations that have recently opened include along the busy Northeast Corridor line, but also other areas nearby.

Existing locations include Bound Brook, Linden, Rahway, Carteret and Garfield — all of which list being close to the train as a selling point.

New Jersey Chamber of Commerce CEO and President Tom Bracken said the real estate development is one clear indicator of the transit system’s importance to the state’s economy — and, as a result, to the state’s business community.

“One of the positive aspects of New Jersey is the access to the financial capital of the world, and NJ Transit allows people to get in and out of those markets,” he said. “It’s vitally important because of the state budget and demands on state budget impact the business community.

Murphy said the audit was intended as more than just a regular checkup.

“The audit will allow us to rebuild NJ Transit and restore faith in its operations,” he said, calling the anticipated improvements the country’s “No. 1 turnaround story.”

Murphy hinted at filling potential job vacancies through a partnership with community colleges or vo-tech schools in the state.

“There’s only one way to go; we are going to get there,” Murphy said.