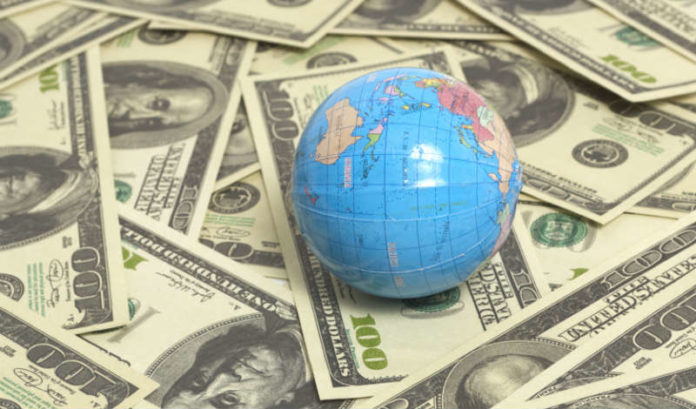 Gary Fails spelled out the impact of the tariff war as he sees it — and his view is one from the Carlstadt-based lighting company he founded in 1986, City Theatrical.

“I can see this as being bad for my business, reducing my margins, forcing a spiral of rising wages and rising costs that are actually harming the national economy,” he said.

Fails was speaking during a breakout session discussing the impact of tariffs on manufacturers during the National Manufacturing Day event last week.

“Why is this happening?” he asked the room of a dozen or so other manufacturers (who were looking to get insights) and a few government employees (who were just trying to help).

“This can only be bad for business. There already is a really strong upward wage pressure. When our workers go to the store and everything costs more, they are going to come back and say, ‘I need more money.’ So, this inflationary spiral of rising costs and wages that’s been pushed by these tariffs, I see as a potentially very bad thing.

“Who sees this as a good thing?”

Not a single hand went up.

President Donald Trump’s tariff war with China seems as if it would be a good thing for American companies, particularly those in manufacturing.

After all, who wouldn’t want more manufacturing — and the jobs that come with it — back in the United States?

But the crowd of manufacturers at the Made in New Jersey event put on by the New Jersey Manufacturing Extension Program didn’t feel that way.

And they are the ones who should be benefiting the most from this.

Those were the simple words of Jim Minadeo, the president of Frenchtown-based ZeroSurge, in a campaign-slogan style of talk even Trump would appreciate.

Minadeo said tariffs ignore the supply chains of the industry.

“I’m a U.S. manufacturer,” he said. “And every check I write for all our suppliers are located in the United States. I’m seeing a 15 percent increase in my costs just because of the tariffs, because the suppliers that I buy from have to get stuff from overseas or because their U.S. suppliers are out of stock now because people are trying to hoard products or materials.”

I couldn’t help but interject.

Wasn’t that the point — to make U.S. suppliers more in demand, enabling them to do more business and hire more people?

Minadeo doesn’t see it that way.

For his business, right now, it’s a huge negative — one that counters what was considered a huge positive just a few months ago.

“They’re artificially putting in a tax on us,” he said. “The great tax cut that he gave all our businesses he’s now putting back on us. All that money gets syphoned to the federal government no matter how you do it.

And, now, there are issues with companies getting exemptions. Some, with government connections, appear to be getting a favor. Others are denied — often for supposed paperwork errors. (ROI-NJ has chronicled the efforts of Arrow Fastener here.)

Jim Messina, the second-generation head of the pest-control company that bears his family’s name, Messinas, said the tariff fight is not for New Jersey companies to understand.

“Wars are fought on many levels,” he told the room.

The room, however, couldn’t understand why this one was being fought.

Or worse, how to fight.

The applications to file for exemptions are coming rapidly — one, for Section 301, Stage 1, is actually due today, Oct. 9.

Most in the room couldn’t figure out what products they could file for an exemption for — and the government officials (again, they were just trying to help) said they couldn’t explain what happens if they miss the deadline.

Can they apply again the next year?

No one in the room was certain.

All that was clear was this: No one in a room full of manufacturers — the very people the tariff war is supposed to be helping — felt he was being helped.

All felt they were being hurt.

Fails, whose company employs just under 50 people with revenues around $10 million, said he is used to battling China, which has made so many moves to take over the LED business that, Fails said, many U.S. manufacturers have stopped making the products.

But the tariffs, Fails said, are the worst fight yet. One he is convinced the U.S. can’t win.

“All I can say, it’s potentially one of the worst things that has ever happened to us,” he said. “And it’s happened pre-emptively, with no notice, no discussion. There was no national discussion on this and it, potentially, affects the entire U.S. economy. Everybody is going to go to the store and find that everything is more expensive.

“The administration has made this worse.”

No one in the room disagreed.