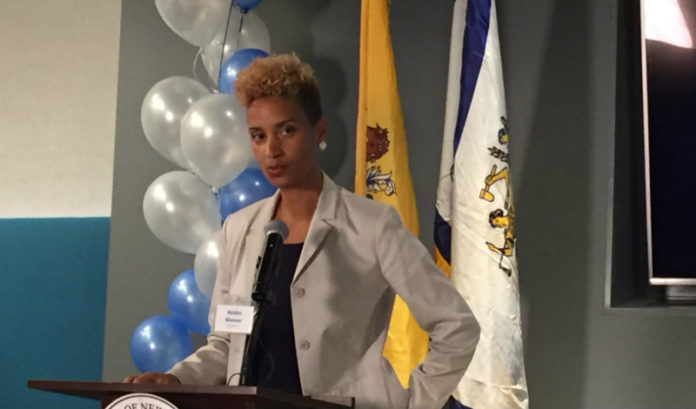 Aisha Glover, CEO and president of the Newark Community Economic Development Corp., is leaving the organization to become CEO of the nonprofit Newark Alliance.

“On behalf of the board of trustees, I am thrilled to welcome Aisha Glover as the CEO of the Newark Alliance,” Board Chairman Dennis Bone said in a prepared statement. “Aisha is a Newark rock star, and her commitment, experience and record of achievement makes her the perfect leader to realize our vision of Newark as an economic engine for the region.”

Glover, who oversaw community-focused economic development initiatives for the city, will now head up a group dedicated to revitalizing Newark.

“Having had the honor of working directly with Ms. Glover, including her spearheading our bid for Amazon’s HQ2, I can’t think of a better person to lead the Newark Alliance into the future,” Mayor Ras J. Baraka said in a statement. “I congratulate the board and look forward to strengthening our partnership.”

Glover was one of the architects of the city’s bid for Amazon’s second headquarters, which could inject billions of dollars and thousands of employees into the chosen community. Newark has been selected as one of 20 finalists, with a winner expected to be chosen this year.

“The Amazon HQ2 process revealed how well the corporate and anchor community can come together when there’s a clear goal,” Glover said in a statement. “I am excited to harness that same energy at the Newark Alliance and begin to implement a clear strategy that will create the greatest economic impact for Newark and our residents.”

The Newark CEDC will begin a search for a replacement for Glover. Rutgers University-Newark’s Lyneir Richardson, executive director of the Center for Urban Entrepreneurship and Economic Development at Rutgers Business School, will serve as interim CEO, on loan from the university.

“Rutgers is a committed stakeholder in the present and future of our great city — not just in Newark, but of Newark — and we are pleased to be able to assist during this critical transition period,” Nancy Cantor, chancellor of Rutgers-Newark, said in a statement. “Lyneir is supremely qualified and will help to ensure continuity as the city of Newark and CEDC board work to identify the next leader.”

Newark Alliance head Kimberly McLain has left for another opportunity, the organization said.

“I thank Kimberly McLain for her steady, impactful leadership of the Newark Alliance during a critical phase of organizational turnaround,” Bone said. “During her tenure, Kimberly revitalized, relaunched, rebuilt and rebranded the organization.”