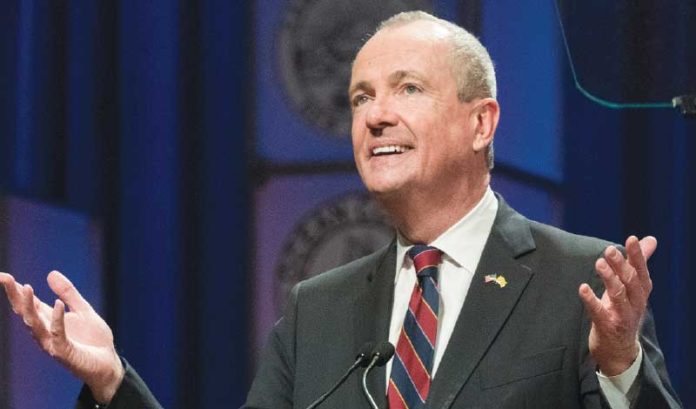 Gov. Phil Murphy is set to embark on his first economic mission — to Germany and Israel — next week, after just 10 months on the job in the state.

But he’s already had two unique meetings with, in aggregate, delegates of more than three dozen countries.

In early summer, Murphy met with more than 20 officials from European Union countries.

Jose Lozano, CEO and president of Choose New Jersey, said the meeting was a way for many to meet him, though they had only heard of him from his time as the U.S. ambassador to Germany.

“Believe it or not, they don’t really do this kind of stuff,” Lozano said. “They can’t remember the last time they came together in that sort of fashion to meet with a governor.”

It was hosted by the German embassy, based in New York City, along with other delegates whose offices are also in the city.

“It’s surprising how many I’ve met that have not been across the Hudson,” said one attendee, who was unauthorized to speak publicly about the meeting.

“That’s part of their area of responsibility, so that’s surprising. So that means the state is not doing its job. When foreign companies look to invest in the U.S., oftentimes if they are not major corporations, their first call is to their embassy or their consulate in New York.”

Which is why the takeaway, which is an underlying theme of Murphy’s upcoming trip, is that New Jersey is open for international business.

Murphy doubled down on the message on Oct. 1 — to coincide with Hispanic Heritage Month — at a meeting of a coalition of Latin American countries known as GLACO.

In both instances, it has been a third party organizing the event, rather than the administration initiating it.

According to one insider who attended the meeting, it was also a first-time gathering of its kind to meet with the governor.

“They called it historic,” the insider, who was unauthorized to speak publicly about the meeting, said.

Thirteen Latin American countries, including some that weren’t present at the meeting, are responsible for $2.2 billion in exports and $11.3 billion in imports through New Jersey in the last two years. The key avenues are the ports in Perth Amboy and Newark, as well as the Morristown Airport.

Luis De La Hoz, vice chairman of the Statewide Hispanic Chamber of Commerce, said the meeting was the result of the coalition’s need to create stronger relationships at the state level while battling uncertainty at the federal level.

“The idea was very simple,” he said. “(It was) how we can have a conversation and how we can get there with an agenda that we can track after a few months.”

The governor made his pitch about New Jersey being strategically located between Philadelphia and New York City, offering the perfect space for warehouses and distribution facilities.

“It went well. Especially because we agreed on many things,” De La Hoz said of the meeting with Murphy.

“The commitment we made is to help promote New Jersey in Latin America, because we recognize New Jersey is not necessarily a fancy destination,” he said. “People (from Latin American countries) travel to Newark but say they traveled to New York (City). If you want to impress someone, you don’t say, ‘I’m going to Newark.’”

Which is why Murphy needs to make the economy better and more accessible for a diverse array of people, he said.

Murphy has indicated he intends to do just that with initiatives through the Economic Development Authority.

The effort at the state level come nearly a decade after the Hispanic community first began proving its economic might. When the recession hit a decade ago, Latin Americans were among the groups credited with bucking the trend.

“A majority of us, the way we reacted to the financial crisis was opening businesses, because that is the best way for us to (have) access to income,” De La Hoz said. “He emphasized the contributions that the Latino market and the Asian market have through employment and small business.”

At the meeting Oct. 1, Murphy also extended an invitation through the consuls general to their presidents to visit New Jersey.

Lozano said it is clear the governor’s strategy in accepting the meetings is to help spread the word of his economic vision.

“As we continue to make New Jersey an international gateway for businesses, it’s the right thing to do,” he said.

Coughlin chosen for another term as Assembly speaker