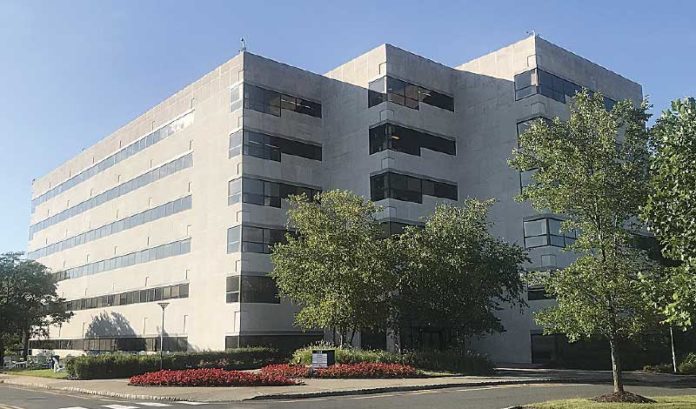 Apples-to-oranges as it sounds, Ron Krauskopf, a senior vice president at Investors Bank, said there are some practical reasons for it.

“Ten or more years ago, you’d just say, ‘I’ll take a Toys R Us and a big box like a Sears as tenants in something like a strip mall,’” he said. “For obvious reasons, these days, people are thinking much harder about what they want in their buildings. And that applies to the health care space today as well.”

“As an example, at one time, there was a large amount of urgent care centers popping up,” he said. “About three years ago, we were financing a lot of them. Now, we think there’s an oversaturation; some are starting to close or change hands. So, you have to know what’s coming down the pike in this sector and what the market can tolerate.”

Through his bank’s lending to businesses and nonprofits establishing medical centers around the state, Krauskopf has experienced the industry’s shift toward population health. It has made a dent in the demand for certain real estate.

“If you go back a decade, physicians were very entrepreneurial in nature,” he said. “Surgery centers were popping up all over the place. A lot was being taken out of the hospital. And, now, a lot is going back into it.”

Surgery centers, private practice clinics and other small physician-run settings are seen as having an uncertain future by commercial real estate lenders, as reimbursements in the health care sector have pushed sole practitioners into larger health care conglomerates.

Those medical professionals also have banded together under physician-owned organizations such as Summit Medical Group. Investors Bank was actually the primary lender for the Berkeley Heights campus that organization acquired several years ago.

The bank, which values real estate loans to this sector highly, on the assumption that it’s a recession-proof industry, does do some lending to hospitals that are looking to expand with secondary outpatient clinics or other facilities. But opportunities to do mortgage lending for the biggest medical systems in the state aren’t always available to a community bank.

“Banks are highly competitive when it comes to winning the business of large hospitals,” Krauskopf said. “For a bank of our size, we’re never going to be able to compete with the bigger banks that have the lowest cost of capital and can do a $300 million hospital campus mortgage loan.”

And, as far as the market for lending to individual health care practitioners goes, those deals still happen, Krasukopf said, but the volume has reduced significantly.

“The pendulum has swung away from entrepreneurial medicine to large hospitals for now,” he said. “But we have to be ready for that to change again. Because history has taught us that the pendulum swings back the other way.”

Trying to anticipate what the real estate needs of the ever-changing industry will be a few years from now is no easy task.

“Between hospitals gobbling up everything left and right, the out-of-state competitors coming to New Jersey, the changes to Obamacare — the pace of change has been nonstop,” he said. “We have to look at all of that.”

Krauskopf has become closely acquainted with trends in the health care segment of the real estate market during his six years in his current role, during which he’s grown the bank’s profile of health care mortgage loans from nothing to $730 million.

The team of nine he leads at Investors all have previous experience with the health care space — a must-have for the industry.

“The clientele in the health care space are some of the most sophisticated borrowers you can deal with as a bank,” Krauskopf said. “You’re talking about large systems with hundreds of millions if not billions in revenue. They’re not looking for a lender who wants to get their feet wet in the space. There’s an assumption you know how regulations and reimbursements work and how it impacts their business.”

Having said that, Krauskopf is bullish both on the prospects for health care real estate lending as a whole as well as his bank’s relevance in that space.

“We see New Jersey as being very critical to the health care market, not just for the existing major players, but also for those starting to penetrate it,” he said. “And, hopefully, we can be just as critical for these organizations that are in our backyard.”

Pharma and the office market

Things are changing at the intersection of the real estate sector and the pharmaceutical industry.

Daniel Johnsen, managing director of the brokerage services group in Cushman & Wakefield’s state division, said the medicine chest that is New Jersey was once full of interest in leasing massive new labs and research facilities.

“But the biggest thing in this world right now is office space,” he said. “There’s a tremendous amount of other types of spaces — I think there’s more than 8 million square feet of lab and R&D space in north and central New Jersey, which is huge — but, most recently, we’re seeing pharma companies taking on office space for expansion. That’s the talk of the town.”

Johnsen had a hand in the largest office lease of the year in the Garden State — Teva Pharmaceuticals USA Inc.’s 345,000-square-foot office in Parsippany. He represented the Israel-based generic drug-maker in the recently completed deal.

He foresees leasing activity continuing in that direction. However, other trends are at play, too.

“At the same time, there’s an increasing demand for smaller labs and offices for startups,” he said. “We’re really seeing those deals getting done in the Princeton-Route 1 corridor. It’s something we’re keeping an eye on.”

Reach Ron Krauskopf of Investors Bank at: rkrauskopf@investorsbank.com or 973-474-9611.

Life after liquidity: 3 things to know before selling your business