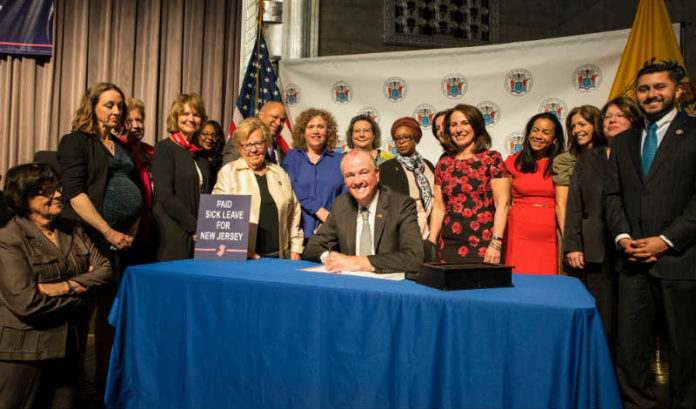 The paid sick-leave law: That’s for businesses that use a lot of minimum-wage and hourly employees, right? Wrong.

The paid sick-leave law: That doesn’t concern my company because we already give plenty of paid days off, right? Wrong again.

When New Jersey’s paid sick-leave law goes into effect at the end of the month, many employers may not fully understand just how much they are impacted.

It will be a lot.

Torrissi said companies that have switched to lumping all paid time off into PTO days — something most companies did years ago — may want to rethink their policies because of the new law.

Under the new law, the lawyers said, most full-time employees will now be able to request five days off without warning and without much reason, as long as it falls under the many categories the new law allows — many of which have nothing to do with being sick.

“The way I’m counseling my clients is to not set up a PTO policy,” she said. “If you have one, you don’t necessarily have to change the whole thing, but you have to be careful. I’ve been telling my clients, it’s not that much of a pain in the butt to have a true sick-day policy that mirrors this law, and do whatever you want to do with PTO.”

He said the ability of employees to take almost any day off — and for reasons they do not have to document — could lead to employees all taking those days off at the same time, leaving the company high and dry.

“Unfortunately, there’s nothing an employer can do to prevent this,” he said. “Under this new law, you can say my friend came in from out of town and got sick and no one could take care of him. And there’s nothing you can do as an employer.”

The impact, Simao said, can be felt by more than just the company.

“Imagine if you’re running a hospital, it’s a logistical nightmare,” he said. “How do you manage that?

“And you can’t manage it by overstaffing, because people are just going to call in sick.”

Torrissi said the law was not intended to be implemented this way.

“This law was put in for the hourly employee who can’t afford to miss a day’s pay because they are a single parent providing for kids, so they have to come in with the flu,” she said. “That’s who it was intended for.

“Whoever came up with the idea felt they were doing this great thing for society (and) did not look at the actual impact on small- and medium-size employers.”

Torrissi said companies can try to combat the problem by dividing PTO days into holiday days and sick days — that is, days that apply to the new law.

That way, employees can only use five of them.

More so, it will give the company protection when it is using absenteeism as a reason for discipline, including termination.

The new law, Torrissi said, could end up costing everyone their jobs, and she said it only figures to hurt businesses in the state.

Torrissi was born and raised and still lives in New Jersey — but she works out of her firm’s Philadelphia office. So, she sees how easy cross-border commuting can be.

“Here’s my fear, as a Jersey girl born and raised here,” she said. “I don’t want my state to go downhill fast, but I fear businesses are going to be going out of business or leaving.

“It’s really easy to go across into Pennsylvania. I see it happening now. They’re saying, ‘I can’t afford to do business in New Jersey anymore.’

“New Jersey has not been a very employee-friendly state for a while now. Now, it’s really becoming a lot worse.”

The connection between infrastructure and the nation’s economy, on One on One