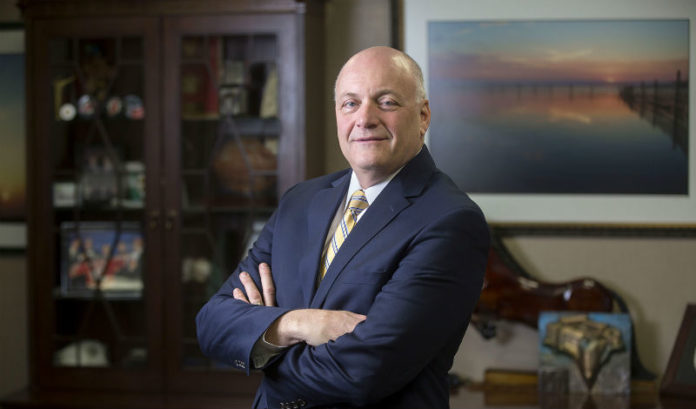 The cost of health care continues to be a hot topic among consumers, providers and elected officials as all debate ways to lower the cost of providing care.

There is, however, one area of high cost in health care that few discuss: prices hospitals pay for equipment and supplies.

The limited market for some devices, such as hospital beds and stretchers, has created an unavoidable cost driver for hospitals.

“Today, there are no rules around health care,” he said. “So, it allows people to start cherry-picking the price to gouge where it’s not necessary.

Maron first discussed the issue at a Commerce and Industry Association of New Jersey event in June. He later spoke with ROI-NJ about the issue.

“What happens in these cases is we’re talking about relatively simple devices,” he said. “In certain spaces, like hospital beds and stretchers, there are two major manufacturers.

One is a Canadian company — it’s a division of Stryker — and the other one is Hill-Rom. If I compare it to what $20,000 buys in the marketplace … I can buy a car with a full engine. But, because it’s hospital grade, and because they have the market, that’s the price.”

And new entrants or startups are hard-pressed to find a profitable business model with a limited customer base. Simply put, there are only a few thousand hospitals in the country.

The cost of health care is one of the biggest pocketbook issues in the country today, and both insurers and pharmaceutical companies have been under public scrutiny. Maron said the cost of hospital suppliers has avoided attention.

“The problem is there’s not enough competition in that space, so they own it,” he said. “That’s part of the problem. That’s where consumers have got to start to speak up. That’s where the government then has to set rules.”

With the stringent regulatory environment and requirement for hospital grade equipment, it’s hard to control costs in some areas, Maron said.

Rather than buying something for market price, the hospital is required to buy versions sold specifically for health care.

A surgical screw used for trauma cases costs hospitals about $150 each, when a similar screw in Home Depot goes for less than $2, Maron said.

Similarly, a pair of suture scissors costs $40 when a similar pair costs less than $5 at Staples.

Maron said other items have prices that are not as “flexible.” Companies that produce robotic surgical devices will not negotiate on prices — or the disposable equipment needed to operate them.

But there are a few areas where hospitals do have flexibility, Maron said.

“The bad news is the operational side, financial side … the partnership between who’s paying for it and how it’s being paid for,” he said.