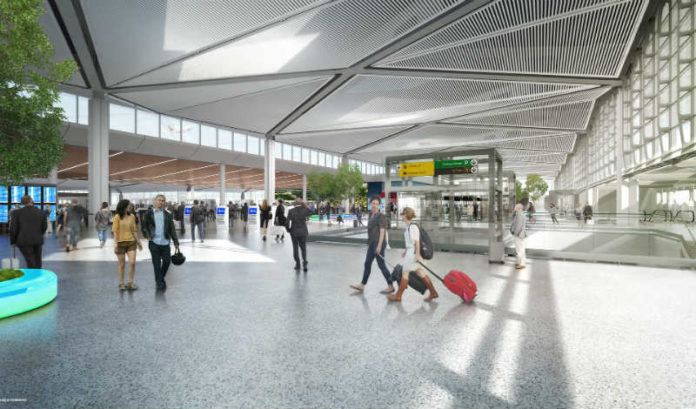 Newark Liberty International Airport held a groundbreaking Wednesday for the new terminal that will replace the small, aging Terminal A.

The $2.7 billion Port Authority of New York and New Jersey project will add several new gates to the 45-year-old Terminal A, which is over capacity, according to published reports.

The terminal, which was designed to handle 9 million passengers a year, must deal with more than 11 million today — with only three gates. The new terminal is expected to be able to handle passenger growth and include expansion opportunities, according to the Port Authority.

The completed terminal will be called Terminal One instead of Terminal A, the Port Authority has said.

Subaru honors employees at Cooper with gift cards, thanking them for...