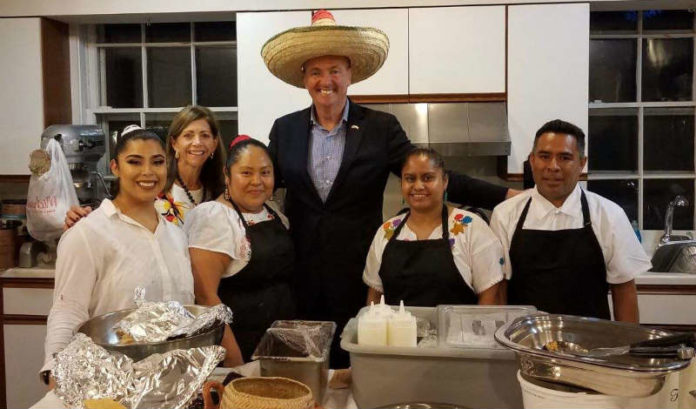 Luis De La Hoz, the vice chairman of the Statewide Hispanic Chamber of Commerce of New Jersey, gushed about his trip to the governor’s mansion Thursday.

De La Hoz and many other members of the Hispanic community were invited by Gov. Phil Murphy for an event to celebrate Hispanic Heritage month. And they talked with the governor in ways they haven’t before.

“I have been there before,” he said. “But this was the first time I really felt comfortable and wanted. It was a great evening. They listened.”

The Hispanic business community has been asking for this for years.

“We don’t expect them to do everything for us, we just want to have an opportunity to have a conversation,” De La Hoz said. “We want to be seen more as a business partner than a campaign ally.”

The Murphy administration seems to get it.

That was evident Friday at the SHCCNJ annual convention and expo at the Palisadium in Cliffside Park.

More than 900 people registered to attend, as did more than 100 companies, manning booths in an effort to introduce themselves to the members.

“I think that’s way overblown,” he said. “Everyone should be treated equally and have an equal opportunity — that’s what my campaign is all about.”

Hugin then played a trump card.

“I was born in Jersey City and grew up in Union City,” he said.

Hugin remains in a tough fight in a state that leans heavily Democratic.

That’s why, he said, he never stops traveling.

“I got to meet people,” he said.  I’m in Paterson later today, I was in Cumberland County and Camden County the other night. I go everywhere.

“If I’m asking every single citizen to consider voting for me, I should go everywhere and ask them personally.”

Hugin said his views are not always in line with Republicans or Democrats. He blames both parties for the economic mess the country and New Jersey are in.

“I’m independent,” he said. “What’s best for the people is all I care about. It doesn’t matter who you are; I’m going to support people as people.”

Especially when they are small business owners.

“Small businesses are the backbone of the economy,” he said. “That’s not revolutionary. But the state needs to do better by them. It’s unaffordable in New Jersey, whether you’re a small business or a large business, it’s so hard to grow when they keep raising taxes.

“We need to change that.”

Hugin did his part to win votes Friday, spending a few hours talking with attendees, booth holders and members of the chamber.

De La Hoz said the chamber was glad to have an opportunity to talk with Hugin, but said the true test is whether those conversations continue.

De La Hoz said he gets that with Murphy.

“It’s not just a conversation with him and then go away with nothing,” he said. “If you come to him with five points, six months from now we can have a follow-up call and be able to discuss them.

“Maybe only two or three are completed, but we get a sense that they are working with them.”

For De La Hoz, it’s about getting down to business.

“The Latino small business agenda is our permanent agenda — it’s not just a campaign agenda,” he said. “We’re open to discussing it with anyone at any time.

“We don’t them to use that for the campaign, we want it to be a guide for governing.”