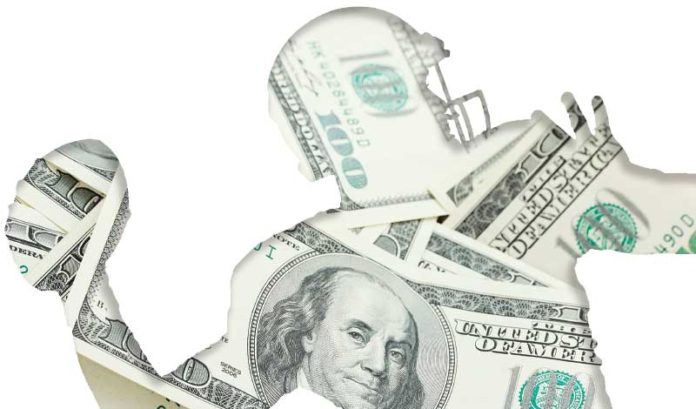 With all the assessments that have been done of the Tax Cuts and Jobs Act of 2017 and its implications for the upcoming tax season, it’s hard to think anything was overlooked.

But one taxpayer category — one that some consider the tax overhaul to be a swing and a miss for — has been left out: professional athletes.

With the high-dollar salaries some of these players make headlines for, it might seem difficult to garner sympathy for their financial interests being sidelined.

But Len Nitti, a principal at Wilkin & Guttenplan P.C., has handled tax and accounting services for professional athletes — baseball players, in particular — for many years. And he’ll argue that these individuals, wealthy as some may be, have a good reason to take their dollars seriously.

“It’s not like you or me — people who don’t have to think about retirement until the age of 60, when we’ve already accumulated savings to live on — these guys are coming to retirement in their 30s or 40s,” he said. “They still have a long way to go in terms of needing funds. And you have to account for the fact that an injury could make earning cycle even shorter for them.”

Nitti said that, more than most high net worth individuals, clients in these tenuous circumstances have to be proactive about how much money they’re setting aside.

“Because we want them to be able to do something they enjoy when they retire, and not have to work to survive after their careers have ended,” he said. “Unfortunately, a lot of athletes don’t do a good job preparing for that. When you look at the statistics, so many have had to declare bankruptcy after going broke.”

The complicated tax situation associated with the profession do those statistics no favors.

And it’s getting more complicated — and painful for the players — as taxpayers living in states with high individual income tax rates lose the option to write off more than $10,000 in the now-limited state and local tax deductions.

“These guys make a lot of money, and every place that they play wants a piece of the action,” he said. “So, even if you’re on the New York Yankees, the state of Missouri wants a piece of their wages based on the games they play there — everywhere that the team travels, does. These players are paying taxes in so many different jurisdictions that they’re reaching a significant dollar threshold in state and local taxes. And now, with the SALT deduction change, they’re going to lose out.”

Athletes living in a state such as New Jersey — playing for the Jets, Giants or Devils — should certainly expect to feel the impact of the SALT deduction cap on next year’s tax returns, Nitti added.

Given that, Nitti said more of these athletes are talking about moving to a state that could reduce the tax bill for signing bonuses and royalty revenue that can’t be sourced to another state.

“Without a doubt, it’s a decision that a lot of the players making significant money are making today,” he said. “And many already reside down in Florida, Texas, Nevada or states that don’t have an income tax for residents. They still have to pay taxes for where they’re physically playing, but to the extent that they’re performing services playing in one of these nontaxable states, that income escapes taxation.”

Another change of significance for these clients is the loss of certain deductions, Nitti added. The tax bill that came out of Congress squashed deductions for unreimbursed business expenses, which can include agent fees and other expenses that add up to a high dollar figure for a traveling and training athlete.

It’s another reason that — despite the tax rate on some of the country’s top earners being lowered in the reform’s tax bracket alterations — these clients’ accountants are expecting that a higher bill is on deck for the next tax season.

At the same time, other longstanding fiscal challenges posed to athletes continue to exist.

“There are people out there looking to take advantage of these players’ finances; they’re still big targets,” Nitti said. “It’s something you see in the news regularly.”

Safeguarding these high-profile clients begins with ensuring that the right controls are in place, Nitti said. Importantly, that means only the players have the ability to write their own checks. It also means that Nitti believes there should be clear separation between different parts of the players’ financial lives.

For this reason, Nitti is wary of players utilizing one-stop shops that keep investing, accounting and other financial services under one roof.

“From our perspective, it’s better to have a team of professionals independent from each other with checks and balances in place, so you don’t have to worry about someone trying to take advantage of you,” he said. “We’re trusted to keep a second set of eyes out for them, and that’s what we do.”

Nitti said that’s been a constant during the about 30 years that athletes have been part of Wilkin & Guttenplan’s clientele. He thinks it has served that client base well over the years.

It’s not easy to attract a significant number of highly compensated professional athletes as client. In the already competitive field that tax and accounting work for wealthy individuals can be, going after this niche even more of a long shot.

“But these athletes are in a network in and of themselves,” Nitti said. “So, if you do a good job for them, the wives of the players or the players themselves make a whole lot of referrals. And that’s really where the growth in this area stems from.”

That word-of-mouth approach has done wonders for building the firm’s athlete client base. One of Nitti’s partners has close ties with an agent for professional baseball players, and that has helped the accounting team recruit more of these big-shots.

Just don’t expect to find Nitti sitting anywhere better than the nosebleed section because of it.

“Players get taxed on tickets they give out to games as if it were additional income, which means there’s not often much in the way of free admission for us” he said.