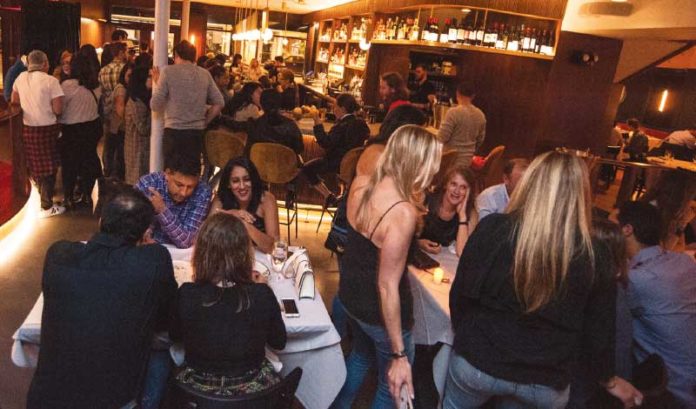 Jason Miller had been practicing corporate finance law since 1995.

It was not, however, his passion.

“I had the idea to start a restaurant for as long as I can remember,” he said.

Yet there always was a reason not to, he added, including his own belief that his concepts were never fully developed, and he did not have the time or experience to take on a substantial project.

“But, I simply reached a point when I felt the timing was right and I wasn’t getting any younger,” Miller said.

So, the first-time restaurateur dreamed big with the purchase of nearly 14,000 square feet of prime real estate in Montclair, a city known for its food and art.

“I was interested in creating something more experiential and memorable than many other culinary options in the area,” Miller said.

And though live music can now be heard pouring out onto Bloomfield Avenue most nights since Miller opened the restaurant in July, Miller certainly isn’t stopping there, he said.

“We’ll work with our clients and guests to accommodate them, which will become even easier to do when we complete our expansion,” he said.

Miller fully committed to his vision in 2015 after leaving his job as general counsel for a hedge fund in New York City.

“Our culture had become one of dining out and evening entertainment more so than it had been for some time,” he said.

The time was right, he said, to dive head first into research and development for his restaurant and entertainment concept.

“Montclair — a terrific culinary-focused town — was the ideal community in which to open,” he said. “We needed a more diverse and eclectic demographic for what we had planned.”

Fortunately, the space formerly occupied by Rascal’s Comedy Club had been vacant for nearly a decade — but Miller would need private investment to make it happen.

“I pounded the pavement, reached out to family, friends and colleagues, and told anyone and everyone about our concept, location and team,” he said.

“It was 100-fold more difficult than I had anticipated,” Miller said. “The planning process also became more difficult when we changed our layout, moving the bar to its present location, after our permits came through.”

However, after two years of planning, one year of construction and a gut renovation that spanned two buildings, the Montclair Social Club opened in July — and has been successful since. 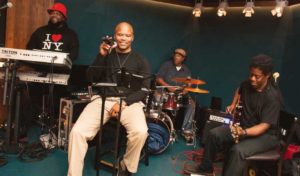 Guests can “nibble” on small plates, such as acacia honey glazed corn bread ($5); indulge in “shells,” such as lobster arepas with bacon hollandaise ($17); participate in “harvests,” such as poached asparagus with prosciutto di parma and red quinoa ($12), or “social bites,” such as Mike’s Champion Meatballs ($12); or go all out with “grand fare,” such as halibut with braised calamari and spicy carrot sauce ($32), or an item from the “butcher’s block,” such as the 16-ounce milk-fed veal chop ($42).

If guests are feeling particularly hungry, they also can take the “Chef’s Tour” to have a taste from each category at $55 per person.

But the Montclair Social Club delivers more than other restaurants and bars in the area, Miller said.

“I wanted to put as much emphasis on our entertainment as we did on the menu and our beverage program, with equal focus on every element of the experience,” he said.

The stage, for example, is intentionally designed so that every seat in the restaurant has a good view, he added.

And the acoustics, including everything from the tablecloths to the curtains, are thoughtfully considered.

“We need to effectively integrate live entertainment with our dining experience and that is not simple,” Miller said. “For example, what time should we start the music? How loud should it be? At what time should the performers break? What genre is appropriate for the date and time? Or, should the genre change over the course of the evening?

“What’s appropriate on a Saturday night at 10 o’clock is not appropriate for a Tuesday night or even a Saturday evening at 8 o’clock or midnight. It really varies by the day and even by the hour.” 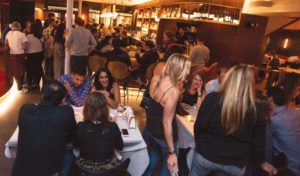 “If we do announce our musical acts, we do so the day of on our social media sites,” he said. “But we are not an entertainment venue — we are an experiential restaurant and social club which provides live entertainment.

“It always is an interesting balancing act.”

Montclair Social Club currently hosts semi-private events in the dining area, but Miller said the restaurant is intended for so much more.

“For example, we are talking with clients about possible buyouts for the first half of an evening,” he said.

Its Phase Two expansion plans will make event planning much simpler, he added.

For example, while you will not see any televisions in the main dining area — “We’re really about the social experience there,” Miller said — there may be some, as well as a bar, a small stage and catering services, in the nearly 1,000-square-foot downstairs lounge area to come.

“The idea is to pitch completely customizable layouts as we develop the space in a modular fashion,” he said.

Therefore, a full sit-down wedding might seat 130, whereas a charitable fundraiser or corporate client might be able to host more than 250.

“It’s clearly been an exciting and successful summer,” Miller said. “But you better have a strong passion for this business, because it is very difficult.

“There were countless times I wasn’t sure if it would happen — but I am really happy I’m here and, yes, I would do it all over again.”