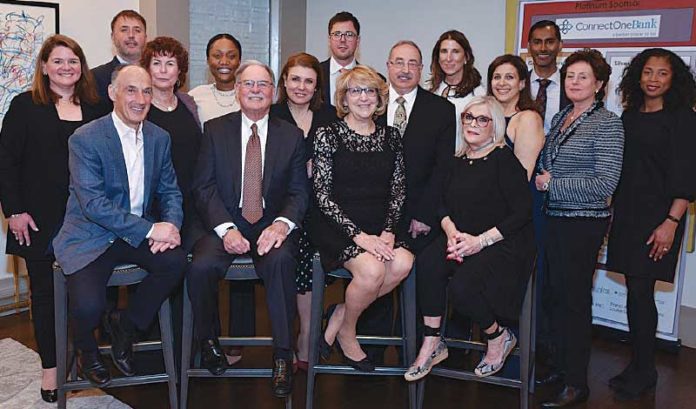 The Community Chest was founded in 1933 at the initiation of the mayor of Englewood during the Great Depression. Concerned about the economic and social well-being of the citizens of Englewood, the mayor asked the city’s most prominent citizen and philanthropist, Elizabeth Cutter Morrow, wife of the late U.S. Sen. Dwight Morrow and president of Smith College, to serve as the first volunteer leader of the organization. Morrow recruited 450 residents to go door to door to Englewood residents’ homes asking them to collect funds for local neighbors. This campaign raised $116,000 at a time of great economic hardship, reflecting the generous and caring spirit of the Englewood’s residents. From 1933 through 2017, The Community Chest has raised over $11 million (valued at $62 million when adjusted for inflation) that has been granted to local nonprofits to help residents in need.

This celebration included two successful fundraising events as well as two additional programs benefiting the community: one art exhibit, offered in partnership with Bergen PAC, featured local artists giving free art classes offered to local New Jersey schools. In addition, The Chest held a historical exhibit, located at the Englewood Public Library, during the month of September, in partnership with the Englewood Historical Society, displaying the history of The Community Chest.

The fundraising events recognized the charitable work of local philanthropists, Richard and Swati Engel, Connect One Bank and the Rotary Club of Englewood. Other charitable leaders who participated in the growth of The Community Chest over its history, were featured in a video shown at one of the events.

Our fundraising goal for this year is $350,000. We are constantly confronted with new needs in our communities, and are eager to address them as soon as possible. This requires that we reach new individuals and businesses to tell them about our work and encourage them to support it. Our Annual Campaign began Oct. 1, and runs throughout the year.

The board of managers voted to expand our service area beyond Englewood, Englewood Cliffs and Tenafly to include the rest of northeastern Bergen County. The area now includes a total of 15 towns. We will be expanding our reach into these towns over the next two years, introducing them to The Chest’s work and encouraging them to join us.