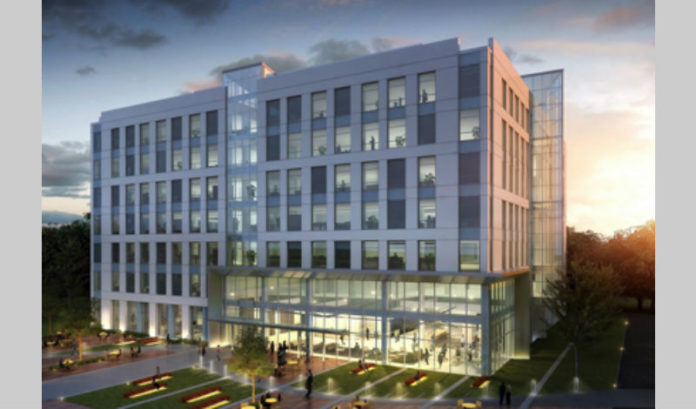 The developer said it finished Phase I in the middle of this year and plans to complete the entire $20 million project by April 2019.

Phase I focused on the addition and rebranding of streets on the east side of the campus, the installment of new sewer and water systems, and an upgrade to the electric grid. Phase II calls for new internal roadways.

“One of the most challenging and exciting parts of creating the ON3 conceptual master plan has been transforming this former one-user campus into a property with distinct development sites that ultimately will combine into a new, unified whole,” Edwin Cohen, principal partner, Prism Capital Partners, said.

“Phase II is creating that definition with a robust roadway network that both allocates and integrates spaces on ON3’s west side, and enables the campus to be easily – and fully – traversed.

“The input and cooperation of officials from both Clifton and Nutley has been invaluable in creating a plan that will complement and serve their communities. These municipal partners have been great allies since day one, and it is gratifying to see our shared vision becoming reality,” he said.

The campus has seen progress since Prism took it over two years ago.

Prism previously announced a full-building lease at the campus by Ralph Lauren Corp. In July, the new Hackensack-Meridian School of Medicine at Seton Hall University and Seton Hall’s Graduate College of Nursing and School of Health and Medical Sciences opens its doors at the property. ON3 also serves as home to Modern Meadow.

Baraka announces 10 housing projects to be built under Affordable Newark...

The Top 10 most expensive ZIP codes in N.J., according to...