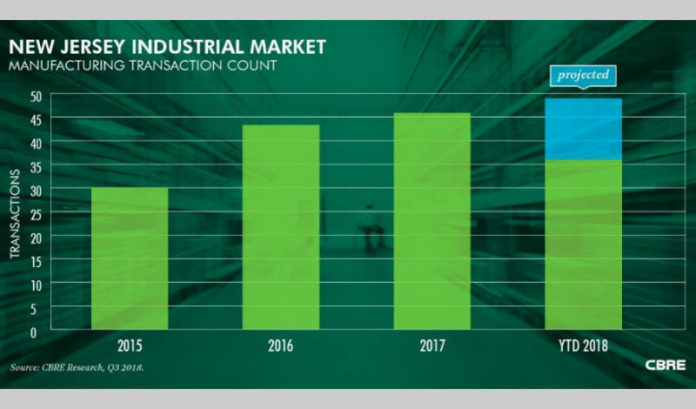 CBRE has predicted continued growth for manufacturing facility transactions in the state through the rest of the year, it announced Thursday.

According to CBRE Q3 research, New Jersey is projected to complete 49 of these deals by the end of 2018. This is a 63 percent increase from 2015 data on the same subject.

“It’s encouraging to see a steady rise in manufacturing transactions over the courses of the last several years in New Jersey, with 2018 predicted to follow that same trajectory,” L’Abbate said. “The Jersey City transaction is the perfect example of how developers can unlock the value of under-utilized manufacturing facilities in the tri-state area.”