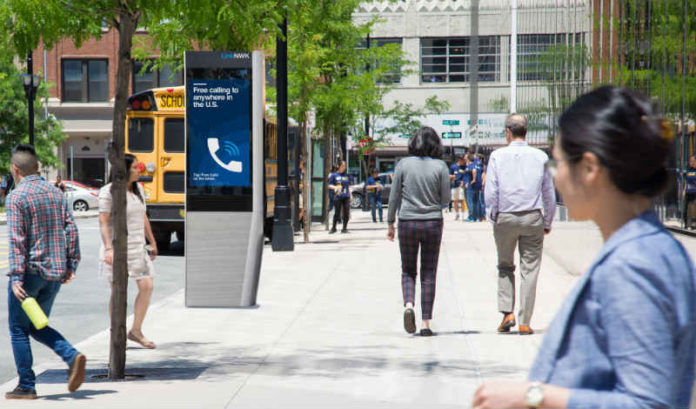 The LinkNWK network formally launched in Newark this week with the activation of special Link kiosks that will deliver Wi-Fi and other services to city residents and other users.

Newark Mayor Ras Baraka, the Newark Community Economic Development Corp., New Jersey Institute of Technology and Intersection, the technology and media company behind the initiative, officially debuted the kiosks Tuesday, making Newark the second city in the U.S. with the service, after New York.

“Newark is once again defining itself to the state, nation and world as a cutting-edge, high-tech city,” Baraka said in a prepared statement. “These kiosks will enable residents and visitors alike to gain immediate information about Newark, ranging from upcoming cultural events to emergency service response.

“We are the only city in the entire state and the second in the nation to provide these services, and every person who uses one of these kiosks will not only gain the services they need, but learn something more important: Newark is a world-class urban leader.”

With the aid of the Newark Fiber program, Link kiosks offer Wi-Fi, charging, phone calls and access to municipal services and content.

“We’re excited to continue to build upon Newark’s reputation as a tech hub,” Aisha Glover, CEO and president of Newark CEDC, said in a statement. “With major anchors and corporations like NJIT, Audible, Panasonic and Newark Venture Partners, as well as robust data infrastructure, we continue to bring Newark and its residents to the forefront of innovation. We are equally excited that LinkNWK is another feather in our tech cap.”

Intersection will install 45 kiosks throughout the city, both in areas around Newark Penn Station and the Prudential Center and in heavily trafficked neighborhood corridors like Broad Street, Martin Luther King Boulevard and Clinton Avenue.