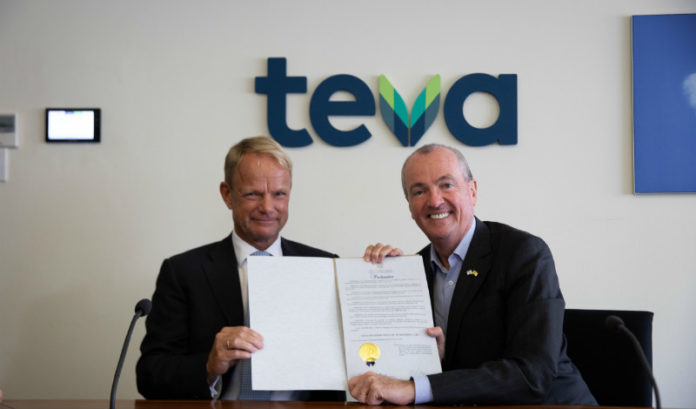 When Teva Pharmaceuticals announced in July that it was going to consolidate its U.S. headquarters in Parsippany, it was a big win for Gov. Phil Murphy.

It turns out, it also was a big win over Massachusetts.

At a roundtable discussion with life sciences companies Sunday at Teva’s headquarters near Tel Aviv, Brendan O’Grady, executive vice president of North America at Teva, told ROI-NJ that the company had contemplated Massachusetts for its U.S. headquarters, but chose New Jersey for its historical reputation in the life sciences sector.

Despite the high cost of living in the state, and concerns employees had about the tax brackets, O’Grady said Teva ultimately liked New Jersey for its access to New York City, and echoed the governor’s comments that the state offers value for the money.

Most of the approximately dozen companies present at the roundtable Sunday have or had a New Jersey presence. Others said they were contemplating the move.

Massachusetts, which has wooed away a number of pharma companies from the state, was brought up often.

Murphy said New Jersey is using a new strategy to win companies such as Teva.

Murphy said the strategy comes straight out of the playbook used by Massachusetts, as it will focus on greater research collaboration with academic research institutions.

“I think you add up a deepening of the academic relationship into the real, applied commercialization economy,” he said.

But not without paying a price for the “value” the state is offering.

“We look at ourselves in the same group as Massachusetts, New York, Connecticut and California,” Murphy said.

“But … you pay a premium to live in a place like that. We will never be the low-cost place to do business, that is not our model.”