Home Politics Murphy to return from trip one day early, due to death of...
Facebook
Twitter
Linkedin 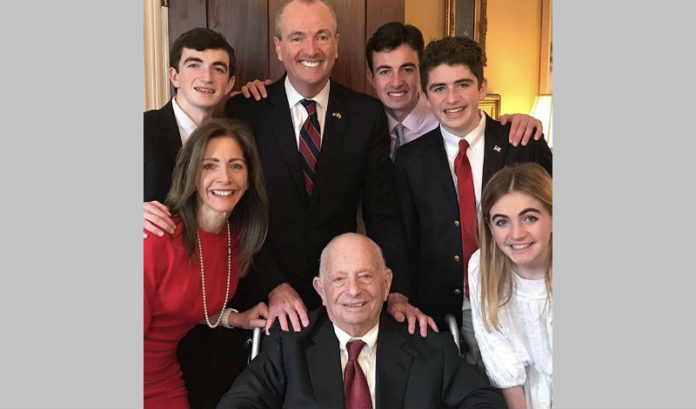 Gov. Phil Murphy announced Sunday that he and his wife, Tammy Murphy, will be returning from their nine-day trade mission to Germany and Israel a day early due to the passing of the first lady’s father, Edward Brown Snyder.

The Murphys will return home Tuesday evening instead of Wednesday morning, as originally planned.

In a joint statement Saturday, the Murphys said Snyder would have wanted them to finish their trip before returning.

“Yesterday, we learned of the passing of Tammy’s father, Edward Brown Snyder. We consider ourselves lucky and blessed to have been able to speak with him one last time, only 12 hours before his passing. He taught our family so much through his example and we will cherish his every lesson on a life well-lived. Though we already miss him, we know that his spirit will always be with us.

“As a proud member of the Jewish faith, his final ask of us was to continue our trip to Israel. Ever the mensch, he left specific instructions for services to wait until our return. With heavy hearts and tears in our eyes, we will dedicate our presence in this holy land to his memory.”

Snyder, who lived in Virginia Beach, Virginia, founded Checkered Flag Motor Car in 1964, according to his obituary. The company grew to be one of the largest import dealers in Virginia, with 11 franchises.

Yesterday, we learned of the passing of Tammy’s father, Edward Brown Snyder. With heavy hearts and tears in our eyes, we dedicate our presence in Israel to his memory. pic.twitter.com/PHunXPcRGk

Juneteenth to be commemorated as official N.J. holiday