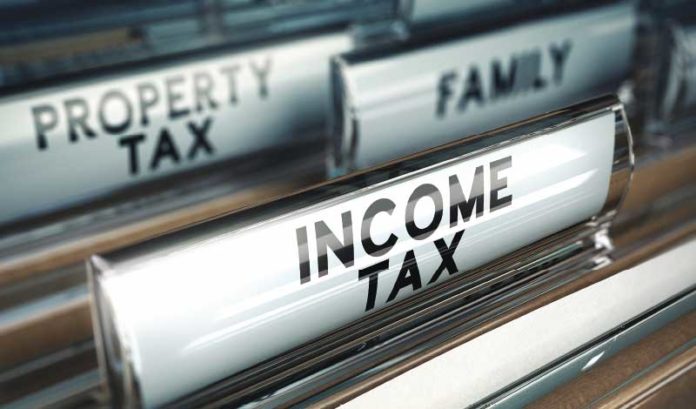 As the leaves fall and the cold weather sets in … it’s a signal for all that there are sparse few months remaining in the tax year.

At least, maybe, it’s a signal for accountants.

And, given that this year will be the first test of the most significant overhaul of the tax code in decades, it’s hard to believe that accountants still have a slate of what-ifs ahead of them before the calendar changes.

Aside from the questions that accountants would like to have cleared up by the IRS before year-end, there are new developments — which tax professionals are getting in the habit of predicting the likelihood of — that continue to shake up the already-shaky ground accountants are on when giving tax advice after the Tax Cuts and Jobs Act’s sweeping changes.

For one, there’s the uncertain fate of “Tax Cuts 2.0,” a GOP-led initiative to introduce some updates to last year’s tax law. It’s a three-bill package, the centerpiece of which would indefinitely extend the tax cuts in the tax reform.

The legislation, which has already passed in the House, has flown under the radar somewhat, ostensibly due to doubts that it will make it through the Senate without the budget reconciliation fallback that avoided a filibuster during the Tax Cuts and Jobs Act’s congressional passage.

Like most accountants, Jeffrey Cohen, partner and tax services leader at Grassi & Co., has weighed the possibility of the legislation adding a new wrinkle to tax planning in the coming years.

“But, to be honest, there’s nothing earth-shattering in there, except for making those tax reform changes permanent, as well as a deduction for businesses with startup costs,” Cohen said. “Regardless, it’s something all tax professionals are keeping an eye on right now.”

Accountants are also watching out for developments surrounding efforts to count property taxes as charitable donations, which is how New Jersey and other states responded to the tax reform’s well-reported hamstringing of the deduction for state and local taxes. The workaround was billed as relief for taxpayers running up against high property taxes, given new limitations on the SALT deduction.

From the start, Cohen said he and other tax planners “never advised clients to bother with it.”

“Honestly, we were giggling about it; we knew it wouldn’t happen,” Cohen said. “They couldn’t do it, given what we know about the tax treatment of charitable deductions.”

The IRS already has made early moves to block states from using charitable contributions as a way around the deduction cap in the direction it has provided since the reform made it into law.

For all the hesitation local governments may display, given the position of federal tax officials, local accountants appear even more skeptical that their clients will be able to count on this workaround.

The upshot is that some accountants, including Bill McDevitt of Wilkin & Guttenplan P.C., believe clients — both individuals and businesses — won’t need such measures. They think clients will benefit under the reform regardless.

“All the information we have shows people will be about the same or a little better off,” he said. “And that’s not at all about politics, it’s a fact. The hard reality is that most people can expect that they might be paying less in taxes, or — at worst — just the same.”

In his director role in Wilkin & Guttenplan’s tax department, McDevitt has the most experience with closely-held businesses and their owners. He said a significant portion of his clients expected the reform to hurt them, but after doing modeling of the new tax plan — with all the latest IRS guidance included — McDevitt and his tax team have seen a lot of reason for optimism.

But Barbara Taibi, who is part of EisnerAmper LLP’s personal wealth advisory group, also works with high net worth clients and closely-held businesses — and she’s not as confident.

“I don’t think the majority of people are going to be paying less, but the hit certainly won’t be as hard as people were thinking,” she said. “In this section of the country, where we have very high real estate taxes and high state income tax that we’re no longer getting as a deduction for, I do think individuals are going to be paying somewhat more. It’s unavoidable for some.”

It’s not as dire, say, as someone who makes $500,000 having to ante up more than $15,000 extra a year, she said. But there’s a lot of reason to start thinking about tax strategy for making sure tax bills don’t reach those heights, she added, such as how best to bundle deductions in a tax year and what the best choice of entity might be for a business.

Despite how it might sound contradictory, what she advocates for is patience.

“The year is nearly done already — and that’s difficult, especially because, in some areas, we don’t have full guidance,” she said. “But the best advice is really not to rush out to do anything you might have to reverse when the full picture does come out.”

Like Taibi, Greg Rosica, a tax partner at Ernst & Young LLP, isn’t a proponent of rash decisions, such as a quick departure from the now SALT deduction-less New Jersey.

“It’s something that I hear a lot of people talk about; more talk about it than actually do it,” he said. “The tax dollars might not be insignificant, but such a move requires a significant lifestyle change that many people who have been residents here for a long time aren’t ready for.”

However, although only a few months may remain in the year, Rosica said there’s still plenty of time to assess your tax situation, especially as accountants get more time to assess things for themselves.

And, in the absence of that, he said it’s more difficult than ever to make blanket statements about whether someone will pay more or less.

“Because it’s less about how much money you’re making than your personal situation — how you made that money and how you spend it,” he said. “People that might have similar income are going to have very different tax situations, more so even than in the past. So, it’s important that people get with an accountant to better understand their own situation.”

Accountants doing tax planning today have the financial portfolios of international clients piling up on their desks in Babel-like towers.

Take a regional accounting firm such as Prager Metis as an example. Although it already has offices spread throughout Europe and Asia, Prager Metis is rapidly making acquisitions of smaller tax firms in places such as the United Kingdom to expand its international reach.

The firm now engages in tax planning for individuals on a global level, including consulting for foreign residents here at home for those who file taxes in the U.S. It also handles auditing of U.S. companies that have a presence in other countries, especially in China.

“It’s something we’re beefing up in the firm, with China being something we’re making a priority,” firm partner Ken Manche said. “We had a lot of clients already in that sphere, so it was a natural fit to focus on that area. And we’re focusing on issues both inbound and outbound for these clients.”

It’s responding to a business environment that is becoming more global and interconnected, he said.

“So, in our opinion, you can’t be just a national tax firm anymore, you have to be able to deal with client that have issues relating to tax on the international level,” he said.