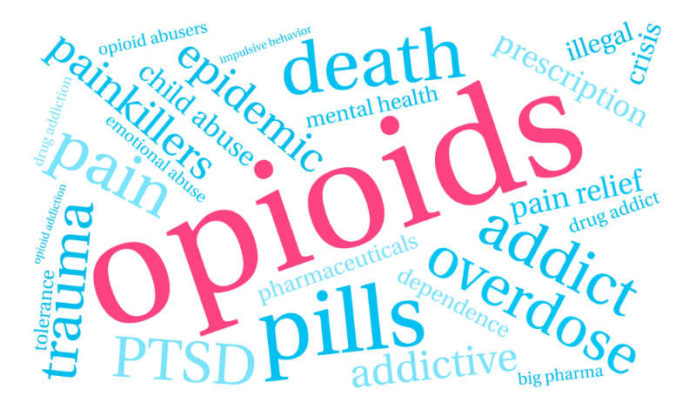 For all the positives that are coming out of the fight against the opioid crisis that is impacting the state and the country — the fact that prescriptions are down, treatment options are up and recognition of the problem is top of mind for everyone in the health care sector — there are these two tough-to-handle factoids:

The fight is still in its earliest stages. And the next opponent already has been identified.

These are just some of the takeaways from an event on health care sponsored by the Meadowlands Chamber of Commerce on Monday at the Hilton Meadowlands hotel.

“There are no meetings where opioids are not discussed,” she said.

Finding a solution is not easy.

“Where are we in terms of bending the curve?” Christopher asked and then answered. “When we look at our claims data that links in our pharmacy, it’s clear that there are significant reductions in opioids actually being prescribed and funded.

“And, there is much more recognition of the standards of care around comparative short-acting and long-acting opioids and when to use each. So, there certainly is some good news.”

But not a solution.

“It is a clear priority to address the epidemic that we’re in and be able to help prevent it as best as we can,” she said. “We’ve eliminated opioids entirely from all three of our emergency rooms, but obviously that isn’t the stopping (the problem).”

Quest Diagnostics CEO Steve Rusckowski not only agreed, he has the data to back it up.

“We are working on opioids, but it’s heroin and fentanyl that we need to deal with, as well,” he said. “So, if you can’t get access to opioids, there’s heroin that’s cheaper and easier to get access to.”

Rusckowski said Quest is trying to find an answer.

“We actually sell a service throughout the country that manages to help physicians make sure that went a script is actually administered, that the person who has that script is digesting those opioids,” he said. “That has been helpful to make sure that we can affect that what’s on the screen from the script perspective is actually being used legally and for the right purpose.”

Garrett said the solution needs to encompass far more than just targeting the current drug of choice. He said it’s time for addiction treatment to be made a higher priority.

It’s why, Garrett said, he’s in the process of changing how Hackensack Meridian deals with addiction, starting with the system’s merger with the Carrier Clinic this summer, a partnership still awaiting final approvals.

“So, it becomes a priority, and it becomes engrained in our culture as a priority, we’re really restructuring our organization,” he said. “At the governance level, as an example, once the merger with Carrier Clinic is complete, there actually will be a governing board for behavioral health and addiction.

“We’ve also reorganized our operations around care transformation teams so that they can really address some of the issues of quality access and affordability. And behavioral health and addiction are going to be one of those key teams and (Carrier CEO) Don Parker will head up that effort.”

Garrett, however, wants to go one step farther.

“It’s not just about opioids, it’s about addiction in general, because there’s going to be other issues out there,” he said. “We’re committed to establishing new addiction treatment centers in New Jersey.

“We’ve announced that we’re going to be establishing the first one in Bergen County in 2019. But we feel that too many young people with addiction have to travel clear across the country to receive the appropriate addiction treatment services. And we’re really committed to centers of excellence here in New Jersey.”

“When we talk about the workforce of the future in health care, we mention the need for behavioral health access, and that’s clear,” she said. “But one of the problems with access is that there are not enough people educated into the specialty of psychiatry and addiction medicine.

“I think, collectively, we need to think about how we create greater numbers and fellowships to the state around that.”

Addiction, she reiterated, is about more than just opioids.

“What we were cautioned against by the law enforcement officials is that, once we crack the opioid issue, and we have begun to make some pretty significant progress, there’s another drug that will come up to replace it,” she said.

“We have to keep that broad use of substance-abuse disorder, but the only way we can really address this, is if we have a workforce that’s available to address it. So, I think we have to be really mindful of that together.”