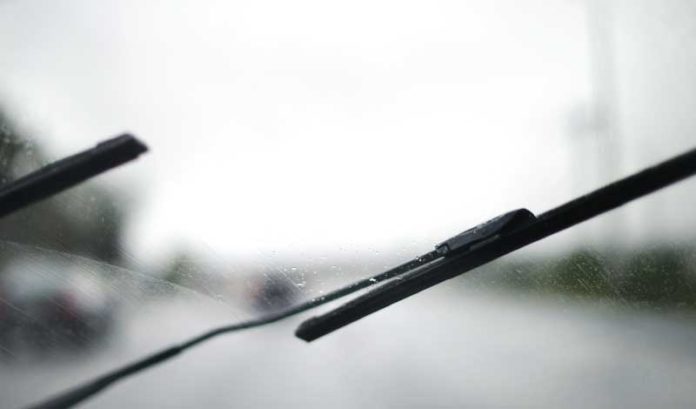 Paula Lombard opened The Crystal Café with a friend in the week after Thanksgiving in 1989, taking space in a building owned by Steve Schwartz.

Lombard, however, found her next entrepreneurial venture in the process. And it came from frequent discussions with Schwartz.

Lombard said she knew how to make that happen.

“Research showed that one out of every three cars needed new wiper blades,” she said.

Lombard clearly was on to something.

Lombard serves as the CEO; Schwartz is the chief operating officer.

Together, they have found a niche in the market.

Earlier this month, WEXCO was selected as the Manufacturer of the Year in the small division (up to 50 employees) by the New Jersey Manufacturers Extension Program at its annual event.

The recognition was a long time coming for a company that started in a café.

Lombard felt she could take that business further by selling windshield wipers to gas stations and quick lube oil change centers, too.

“I would go to a gas station and give them a system in which to promote the wiper blades,” she said. “We handed out flyers, we had kiosks with tools and, right as the gas tanks were being filled, we also would change the wiper blades.”

That often resulted in an extra $10 or so per car, Lombard said.

“I would train the gas station attendants on how to install wiper blades, which nobody ever did in the field back then,” she said. “It truly was a value-add.”

Lombard and Schwartz then decided to increase their product diversity.

“We found a manufacturer in Brazil and got the exclusive rights to distribute their product throughout North America,” she said.

That led to growth opportunities, including franchising, fulfilling private label requests and the chance to work with the popular Rain-X Weatherbeater, a popular brand with zero business in the United States at the time.

“We brought that to market, too,” Lombard said.

A bigger change was coming.

To more accurately reflect the work it would be doing, Wipers Express became WEXCO Industries — and the timing could not have been better.

Bosch, the biggest competitor in the field, was exiting the heavy-duty vehicle market.

“It wasn’t a big enough market for them, so we were able to get on those platforms and fulfill that need,” Lombard said. “That helped to solidify our place in the market.”

Keeping WEXCO Industries small and private has allowed the company to move faster and get in with companies at a much lower price point, Lombard said.

WEXCO Industries continues to import and assemble many of the windshield wiper systems’ components, including motors, arms, blades and more, for industries widely ranging from agriculture to marine transportation to fire and rescue.

But William Clark, chief financial officer and executive vice president, said the company also manufactures in Pine Brook much of what makes the systems actually work, including items such as pivot shafts.

“It’s all what is under the hood plus all of the gizmos,” he said.

Clark said outside forces may make that difficult in the coming years.

First is the potential raise of the minimum wage to $15 an hour.

“We start factory labor at around $12 per hour, but, after three months, those employees receive a nice benefits package, including health care that is almost fully covered,” Clark said.

Then there’s the potential costs of tariffs.

“If we are then required to pay a 25 percent tariff, all things considered, that would put us under water,” Clark said.

Federal tariffs under Section 301 have been and will continue to be troubling for a small business such as WEXCO Industries, Lombard said.

“Wave One hit one set of our motors in July,” she said. “Wave Two just hit another motor under a different code.”

The company has stemmed the tide by simply passing on the cost of the tariff onto its customers, Lombard said, which has mostly worked.

“If the tariff goes away, that cost does, too,” she said. “But our largest customer is not accepting it.”

“The business we are in is such an engineering and qualifying centric business that it is very difficult to get on platforms,” he said. “We’ve been trying to break into John Deere for seven years and are just finally doing so. The inspections, qualifications and visits are quite extensive, but, once you are approved as a vendor for someone like that, you are in.”

That certainty is easily broken with tariffs, he added.

“We import motors from Korea, India and China, but when you get on a platform and you have a set product, it’s very difficult to deviate from that,” Clark said. “It’s almost impossible to change the recipe on a platform on a vehicle once you are in.”

“But the existing platforms that do have Chinese motors, we now have to try to talk with them about changing,” he said.

“Let’s say we have a container out in the water that is due here in two weeks,” Lombard said. “If a 25 percent tariff is implemented within that time frame, it affects that container of goods.

“We cannot react fast enough to get a price increase from our customers. That makes it very difficult to do business when we don’t know what is going to happen.”

Lombard said the company will continue to make strategic moves.

“We’re working on manufacturing a Brazilian motor and testing and sourcing motors from India and Mexico,” she said. “Our short-term goal is to get through this tariff crisis and also better prepare for this kind of government involvement in the future.”

Clark said the long-term plan is to export.

“We’re bigger now and we’ve got the right team in place — well-trained young engineers who want to make that happen,” he said.

Lombard said the company also is working on manufacturing larger — and lighter — systems, as well as “smart” motors.

“We’re trying to remain on the cutting edge,” she said.

Lastly, WEXCO Industries intends to establish a subsidiary in Brazil next year.

“The country has a huge agricultural and construction market,” Clark said.

Come what may, Lombard said, the best thing to do is to adapt and act.

“You must always do your research and act responsibly,” she said. “Nothing happens overnight.”

Paula Lombard, CEO and president of WEXCO Industries in Pine Brook, said she always felt as if she had to know more and work harder in order to gain respect from the men she was selling to.

“A man often can ‘wing it,’ but women seem to need to have to plan and perform better in order to earn the same respect,” she said.

Being a woman in a male-dominated industry has had its benefits, too, she added.

“I often have been the only woman at the table — and people often have remembered who I was because of it,” she said.

Today, WEXCO Industries’ employee base is more than 43 percent female, with the company often bidding on projects via its status as a woman-owned small business.

“You still have to fight hard to get accounts — but it may just push those companies with strong supplier diversity programs to say yes,” Lombard said. “In any case, it helps set you apart and keeps you in the running longer.”

Breaking down the infrastructure bill: Gateway Project part of $12.3B that...