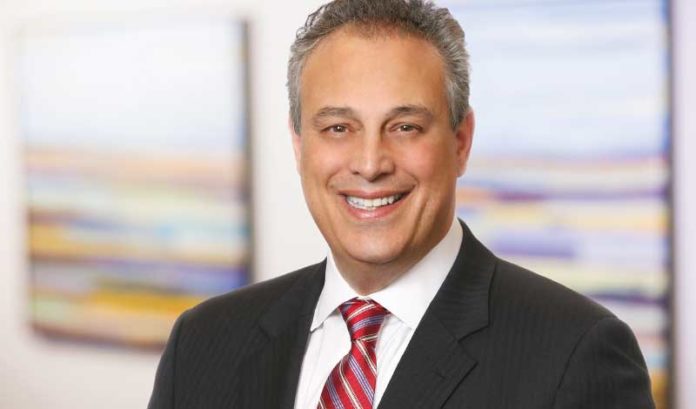 If there’s a third side to the story, Carl Soranno is the first to hear it.

That’s because, in the sort of sexual misconduct cases that the #MeToo movement has helped to elevate, Soranno represents those trapped on the sidelines in the battles between accuser and accused.

“And that’s the spouse who has their partner come home to tell them they’re being sued,” he said. “It’s important to be able to look at things from their angle, especially when it comes to (money management). Because, if you’re that spouse, this could significantly impact assets that you and your children may rely on.”

What lawyers such as Soranno are insisting on is that these individuals seek their own legal counsel to find out what the consequences will be for them and their finances.

“In the age of #MeToo, you cannot stick your head in the sand,” he said. “There can be a lot at stake, so you have to be an active participant. That means having your own legal defense, even if you’re not going to file for divorce.”

Soranno, chair of the family law practice at Brach Eichler LLC, has dealt with more than a handful of these cases over the past few years. However, he hasn’t seen a sharp rise in them locally as a result of the building momentum of #MeToo.

Although the number of clients engaging the firm in connection with sexual misconduct allegations hasn’t been increasing, Soranno knows circumstances have surely changed.

“#MeToo is very prominent — and, rightfully so, these cases are going to be public when they do happen — so the accusers are going to be getting support in a way that will make it so things aren’t kept private for long,” Soranno said. “News travels fast, especially if it involves someone like a high-ranking executive.”

That’s a noticeable dynamic shift change for Soranno, who got his start in this area of law about 25 years ago.

“It was, of course, very different back then,” he said. “People were much less willing to come forward with these claims, and, if they did come forward, companies were not well prepared to handle it — and to the extent they were, it was all internal. Lawsuits just weren’t regularly coming to fruition, because the company usually supported the executive, the accused person.”

Soranno explained that the impact of #MeToo is most evident in the way companies today move quickly to protect the business and not the accused employee or executive, as well as how often these accusations lead to full-on legal battles instead of being settled out of court.

Depending on how serious the allegations are, Soranno said, those battles can prove costly for the accused party. By extension, as Soranno noted, that means it could be costly for that defendant’s perhaps completely unaware family.

“You’ve seen that in so many of these high-profile cases of people with big salaries,” he said. “You look at Matt Lauer, and how he reportedly lost a $20 million contract — that was substantial income that was expected to be brought into a marriage.”

In one of Soranno’s cases, a husband and well-known physician was accused by another member of his medical practice of sexual harassment. The wife made what Sorrano views as the right decision by seeking legal representation and advice on how to protect her assets and those of her children.

Such clients feel threatened by the loss of assets that can come with a spouse mounting a defense against a civil lawsuit or criminal charge — never mind the cost of losing that fight and having assets recovered for damages.

If the person standing accused anticipates having to tap into marital assets that were accumulated for college savings for children or other purposes, they should share just as much concern about their family’s financial stability, Soranno said.

“If you’re engaging in this type of behavior, or if you suspect you may be targeted by an accusation, you might want to at least make sure your spouse and children are protected,” Soranno said.

Soranno has worked with the spouses of individuals who have claims made against them, as well as some accused individuals themselves, on shielding assets in various above-board ways, such as front-loading 529 college savings accounts in the names of children.

“That may be an unpopular move, because it definitely doesn’t favor the accuser, but we try to look at it from all perspectives — including what’s best for the spouse and children, whom, after all, are innocent,” Soranno said.

In some cases, spouses opt to file for divorce as a way of protecting assets by ensuring marital property is distributed and child support and alimony is awarded ahead of potential legal fees, fines and other expenses.

He’s seen the approach differ, but he doesn’t believe that the immediacy that these situations are treated with should.

“In these cases, you want to get to a lawyer as soon as possible to find out what your risk is,” he said. “And it helps to have a firm with a multidisciplinary approach for that, so you can have matrimonial, trust and estates and other specialized attorneys working on your behalf.”