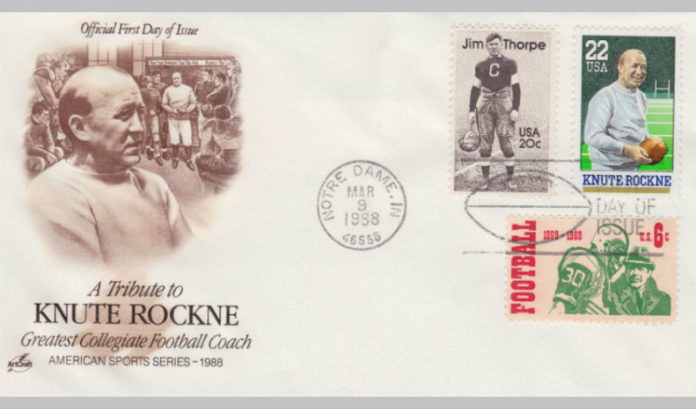 The Washington Stamp Exchange, an international leader in the hobby of stamp collecting, is closing at the end of December. The family business, begun 85 years ago on Washington Street in Newark, produced ArtCraft Engraved first day covers, White Ace stamp albums and philatelic accessories.

In 1933, 19-year-old Leo August and his older brother, Samuel August, pooled their meager resources to open a small store selling stamps and covers. By the next decade, they had moved to William Street, where they had not just a store, but also a pressroom and warehouse.

Riding the wave of the hobby’s increasing popularity, the Augusts’ business continued to grow, so they constructed a larger facility on Springfield Avenue in Maplewood. When they outgrew it, they built a larger headquarters, a new building on Vreeland Road in Florham Park, the company’s present location.

In 1934, they began to have booths at stamp shows, which increased their visibility and added to their customer base. They quickly became the largest cachet maker in the fledgling hobby.

In 1939, a Newark banker persuaded them to produce engraved cachets, though they would be more expensive. Taking a chance, the Augusts offered the first of their premium ArtCraft Engraved envelopes via a full-page advertisement in Stamps magazine, and sold all 5,000 of them. Collectors evidently wanted quality and were willing to pay for it.

The ArtCraft palette and brushes logo appeared on millions of envelopes for new U.S. stamps from 1939 until 2016. Advertising in Life, Time, The Saturday Evening Post, The New York Times and Chicago Tribune, as well as many hobby publications spread the word about ArtCraft and brought new collectors to the hobby.

Relying on Leo August’s expertise, the Postal Commemorative Society in the 1980s began marketing (through National Geographic and elsewhere) specially designed ArtCraft covers to the general public, succeeding where Reader’s Digest and the Franklin Mint failed with similar endeavors.

The Augusts in 1945 introduced White Ace albums for U.S. stamps and those of many other countries. They were a cut above other albums: sturdy rag content paper stock with multicolored borders and informative stories about the stamps. Distinctive binders and annual supplements also were available.

Continuing to be innovative, the Augusts became the first in the philatelic industry to hire an ad agency and employ artists to create their advertising.

Cognizant of the value of an increasing customer mailing list, they began sending monthly mailings of The Washington Bulletin (with 50-plus stories about stamps they offered) and flyers promoting the ArtCraft and White Ace lines.

Before the new century, the August brothers passed from the scene and a new generation had taken over: Leo August’s son-in-law, Timothy Devaney, and Sam August’s son, Michael August.

The hobby also was changing: an aging demographic, with few young people becoming stamp collectors. Though the U.S. Postal Service increased its pace of new issues, demand for first day covers lessened, whereas the cost of producing engraving plates rose. Daily newspapers no longer ran weekly stamp columns, and national hobby publications disappeared. Membership in the American Philatelic Society, which had topped 50,000, was below 30,000.

The Washington Stamp Exchange business model, with its commitment to high quality could no longer be sustained. But its legacy remains, partly through the Augusts’ philanthropy. They financed the start of the American First Day Cover Society 63 years ago, and the Cardinal Spellman Philatelic Museum in Weston, Massachusetts, in the 1960s They also were major supporters of the American Philatelic Society and the National Postal Museum.

The recent successful sale of the Florham Park headquarters building and property is one more example of the Augusts’ forward-looking business acumen over the decades.

Resolution … Make it personal: Some tips when it comes to...

Bar Vanquish in Newark: A little retro R&B, a lot of...