Home Health Care Murphy on ACA enrollment: New Jerseyans are counting on us to do...
Facebook
Twitter
Linkedin 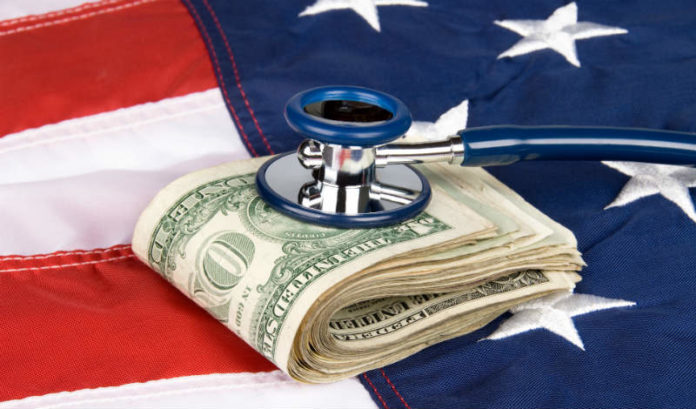 Six departments in the state are going to be responsible for ensuring New Jersey residents are aware of state laws regarding health insurance coverage — specifically related to the Affordable Care Act — for this year’s enrollment period, which begins Thursday.

“From Day One, my administration committed to protecting the Affordable Care Act in New Jersey against President (Donald) Trump’s efforts to tear it down,” he said. “We are proving the ACA works, but we cannot let up.

“We know it will take every effort to combat the barrage of attacks that continue from the federal government to make sure residents get the coverage they deserve. We want to ensure residents don’t miss the six-week window to enroll, that they get the financial assistance they are due and that they know where to go to if they need help along the way.

“New Jerseyans are counting on us to do what the federal government won’t.”

The effort from the state comes from Executive Order 4, signed in January, which directed the state to take on the responsibility of ensuring coverage and supporting the provisions of the Affordable Care Act.

In its report, the DOH considered how to reach uninsured individuals, and how establishing a state-level marketplace can bring more stability to the insurance sector — a move that could have been accomplished by Gov. Chris Christie’s administration, state officials said.

The DOH report shows the decline in outreach funding, before and after Trump came to office, which has dried up the ability of nonprofits to do outreach.

Last year, insurers said they were taking on the responsibility for outreach through navigators and through pop-up help centers in malls and other public areas.

According to DOH, which worked with New Jersey Citizen Action, there were at least 125 enrollment assisters through the 2016 enrollment period.

“Under President (Barack) Obama, from 2013-2016, New Jersey received Navigator funding of $1.6 to $1.9 million annually,” the DOH report said. “That funding was reduced 62 percent by President Trump.

“Prior to the Trump administration cuts, in four of the last five open enrollment periods, New Jersey has had 4-5 Navigator agencies (funded through Health & Human Services grants), and a federal contractor to facilitate outreach and enrollment throughout the state.”

The Get Covered campaign will be led by the New Jersey Department of Banking and Insurance.

“The Trump administration has worked to destabilize the insurance market and to eliminate the resources that existed to connect residents to coverage,” Banking and Insurance Commissioner Marlene Caride said. “Increasingly, it is up to states to lead in ensuring the protections provided by the Affordable Care Act are maintained and that residents have access to care.

“The Get Covered New Jersey campaign is a coordinated state effort to promote awareness of the options available so that residents can educate themselves, get available financial assistance, and choose the plan that works best for them.”

“The success of this campaign will ensure that New Jersey’s health insurance market remains stable, prices remain affordable and, most importantly, individuals have the health coverage they need,” she said. “We encourage everyone to make sure they have the minimum level of coverage required by law.

“This will help ensure that we have a healthier New Jersey and that no one incurs the legally mandated Shared Responsibility Payment when it comes time to file their 2019 taxes.”

The campaign is the latest effort by the Murphy administration to stabilize the insurance marketplace in light of attempts to repeal or weaken the ACA at the federal level. The state is spending more than $400,000 to fund the campaign.

Insurers and insurance experts have said the package of bills that passed this year — which reinstates the individual mandate for coverage at the state level, as well as establishes a reimbursement mechanism for those insurers which see the most high-cost members — have put New Jersey ahead of the curve nationwide.