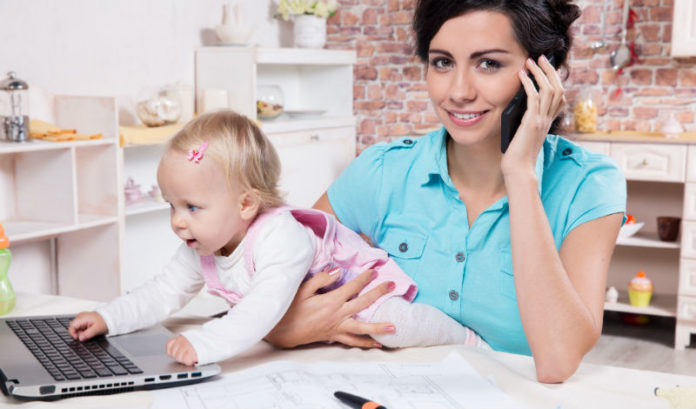 Jill Johnson said if an event isn’t on the shared family Google calendar, she cannot make any guarantees regarding the management and prioritization of her schedule.

“I tell my four sons, all of whom currently play football, that if there is something that they need or would like me to be a part of, to communicate it and put it on the calendar,” she said. “Even when they are young, we need to help our children understand that Mom has a business and a real job.”

Johnson, co-founder and CEO of the Institute for Entrepreneurial Leadership, spoke Friday at Rutgers University’s first Women Do Business Differently conference, dedicated to the advancement and collaboration of women entrepreneurs.

“One of the things that I think we struggle with as women is the need to feel needed and to make sure we are there for everyone else, but it is important for our children to not only understand our business but also for them to have a sense of independence,” she said. “Later in their trajectory, dependence can otherwise become stifling for both you and your business.”

“We often can feel frustrated if we feel like we are doing everything,” she said. “When my husband goes on a trip, for example, he says, ‘OK, guys, see you later!’ When I leave, or even if I am simply going out at night, I need to decide who is taking care of this or picking up that — there is all this planning that needs to be coordinated.

“It is therefore imperative to communicate with your partner about your expectations, and make sure that it is not about them helping you — it is that all of this is their responsibility, too. It may never be split 50/50, because we always end up doing more, but we can learn to say, ‘Hey. I have to be here. You guys figure it out. Because I can and will not figure it out for you.’”

Alexandra Bernard-Simmons, founder and CEO of the women’s empowerment movement, Act Like a Lady, Think Like a Boss, television host and author of the Think Like a Boss brand, CEO of The Evolution of Hip Hop performing arts company and schools, founder of the travel blog, TravelBittenLex and prior dancer and choreographer with networks such as MTV, VH1 and BET, said she married someone who complemented her personality so she could always be “on.”

“My dream is a creative way to get to the next level as a family, whereas his dream is to open a food truck, which also means I don’t have to cook,” she said. “We play on each other’s strengths.”

For Bernard-Simmons, she said entrepreneurship has equaled freedom.

“I was making six figures working in technology and had a car and a house before the age of 25, but I was not fulfilled,” she said. “I would leave my 9-to-5 job and go to work as a professional hip-hop dancer and choreographer until I asked, why am I treating my passion as a side chick when I am married to Corporate America? I needed to change the dynamic.”

Becoming an entrepreneur also meant Bernard-Simmons could better schedule time with her son, she said.

“I had needed to ask to take a day if my son was sick or to leave early to go to his play, and I thought, why do I need to ask permission to be a mom?” she said. “Entrepreneurship enhanced my motherhood and also helped me to chase my passions.”

Layle Gregory, founder and owner of Trinahty Property Management and Cleaning, said she, too, became an entrepreneur to create a more flexible schedule with her 10-year-old daughter.

“Do I sometimes have to take her with me on jobs? Absolutely,” she said. “Or sometimes, it is asking, do I need to cook dinner right now or do I need to make some phone calls? It is about making those decisions in the moment to decide what is best.”

Gregory said she can sometimes feel guilty not paying attention to her business the way she feels she should, but the half-hour she commits to spending solely with her daughter each work day has made a huge difference for both of them.

“If your child does not get what they need, it will come out in some other way, be that physically, emotionally, behaviorally or academically, and they will try to get your attention whether you like it or not,” she said. “But I also learned to communicate with my daughter early on that I will be there soon, even if I need just a little more time to get something done.

“I also give her the same flexibility — if I ask her to take the dishes to the sink, for example, and she tells me she is busy doing something but will do so after she has finished, I trust her to do that.”

Johnson said she, too, was not willing to outsource childcare.

“That would defeat the purpose,” she said. “But I do use ShopRite from Home religiously, for example, because it is about hiring other people to do the things that don’t matter as much.

“For example, if you are billing $100 an hour in your business but spending time working on tasks that cost $15 per hour, you need to learn how to add more value and prioritize ways in which to impact and improve your own productivity in a positive way.”

Bernard-Simmons said her family also has helped her in business in a big way.

“My son is now 13 years old, and, sometimes, when I have events, I’ll see him carrying trays or equipment, and feel bad,” she said. “But, when I talk with him about his future, and he says he wants to start a business, too, that’s it — the Mom guilt is gone.”

Her entrepreneurial venture, after all, is to build generational wealth, Bernard-Simmons added.

“As a family, we are now all on the same page, but I’ve been having this conversation since my son was 10 years old about why I worked so much,” she said. “This is the legacy.”