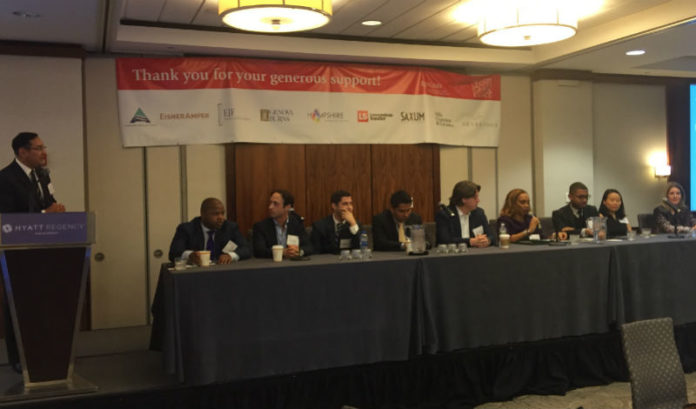 The panelists at the Opportunity Zone program were a bit bombastic when it came time to describe the potential the program has in low-income areas.

Ted Zangari, head of the Real Estate Department at Sills Cummis & Gross and the person credited for bringing the Rutgers Center for Real Estate event together Monday in New Brunswick, summed it up this way:

“If ever there was an idea that challenged the notion that if something is too good to be true it probably is, it would be the Opportunity Zone program,” he said.

But for whom — and for where?

That was one of the many discussions that came out of the event.

The Opportunity Zone program was limited to 169 low-income census tracts in New Jersey — which could be found in 75 different municipalities.

So, the ability to take advantage of great tax incentives — the capital gains on the sale of appreciated assets are delayed (and will be reduced) until 2026 if they are invested, and the gains on those investments potentially could be tax free — already is limited.

The question for the state is how to make sure all of the low-income tracts in the 75 municipalities get an opportunity to participate. Many are not.

Missing out on this chance of a generation would be like losing a winning lottery ticket.

Leslie Anderson, the longtime executive director of the New Jersey Redevelopment Authority, said the NJRA is one of many organizations working to make sure that doesn’t happen.

It starts, she said, with tough love.

“There are going to be some tough conversations with these cities, where we say, ‘The capacity is lacking,’” she told ROI-NJ.

Anderson said she is not going it alone. She said her group is working with the Department of Community Affairs, the Economic Development Authority and the Housing and Mortgage Finance Agency to make sure municipalities understand how they can benefit from the program.

“Most of these cities have areas in need of redevelopment, but they might not have had developers identified,” she said. “There’s a role the NJRA can play with our training institute on how they can attract the developer into their city to be able to take advantage.

“So, we’re not leaving them to their own devices, but we are providing them with their own infrastructure of support that they need in order to be successful. I think everybody in New Jersey wants to look at those 75 municipalities, to the extent that we make sure that we put forth every effort to ensure that the municipality had their acts together and could attract investors.

“We know all of them will be at different points, but the town needs to be able to tell investors what they have to offer and what they are looking for.”

The knowledge of the Opportunity Zone program is limited, Zangari said.

He feels it will improve — now that the first set of regulations were released by the federal government — but he said more towns need to know what’s out there.

And, they need to know this will not come easily.

Panelist Anthony Rinaldi, founder and managing principal of Saxum Real Estate, is all in on Opportunity Zones. In fact, his firm is one of the first in the country to open an Opportunity Zone fund.

And, as much as Rinaldi said he’d like to help all areas of New Jersey, he said he has a responsibility to his investors to pick the places that are most ready.

“My job is to provide the best risk-adjusted returns for our investors, and those are based on demographic-driven markets, emerging markets where you are seeing transportation and demographic shifts that are building up those areas,” he told ROI-NJ.

“The biggest thing, and what I’ve been advocating for, is for municipalities to start designating areas that need redevelopment to match the (Opportunity Zone) tracts. That’s going to provide developers the chance to come in and look at every project individually and to start from scratch.”

The state has gotten the word.

In fact, Zangari, Anderson and others on the panel praised Gov. Phil Murphy and his administration for its ability to get up and running on the program while doing the same for their own administration.

“In a week, we’re going to have our (geographic information system) mapping system,” Anderson said. “It’s amazing. I’m not a GIS geek, but you don’t have to be, to love this.

“If you’re interested in a property in a particular community, it’s going to tell you everything that’s going on with that property. If it already has an area in need of redevelopment, it’s all going to be there for a potential developer to click on it if there’s not a project in place. If there is a project in place, then the investor can click on it and see what is there.”

There will be meetings to help local municipalities prepare — “call them municipal resource sessions,” she said — and many development agencies are ready to step in and help as needed. It’s why, she feels, New Jersey is in the lead on Opportunity Zones.

“New Jersey is ahead of the curve for a lot of reasons,” she said. “We got out in front of this because the governor made it a priority in the very beginning.

“We also got ahead of the curve because we have NJRA, EDA and HMFA, which are state structures, which already have existing relationships within communities and can assess and help investors understand the state of a project. We also understand municipalities and have the type of relationship where we can step in and help a municipality move a project forward.”

New Jersey governor bodies working together with investors and developers — now that would be something many would have felt was too good to be true.