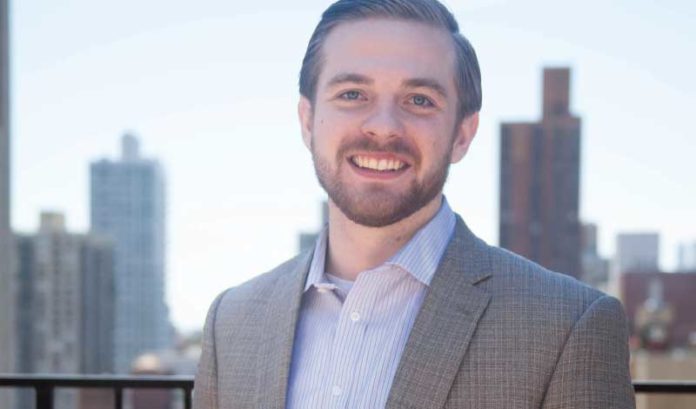 Managing one’s money is something Hagaman, an investment adviser at Withum Wealth Management, compares to landing an airplane.

“Except it’s something that we’re all expected to do,” Hagaman said. “And I know that the first time I’m trying to land an airplane, I’m going to need a professional to walk me through it. It’s not something you’re going to be able to do by yourself.”

Regardless, there’s a contingent flying solo; namely, millennials. And, in an increasingly turbulent market, money managers are hoping they’re making a strong case for the necessity of relationship-based financial advisers.

But they’re facing the headwinds of excitement over disruptive industry entrants attracting younger clients — perhaps less affluent, but on track to soon advance in their careers and accrue more assets — with do-it-yourself money management tools or artificial intelligence-led platforms known as robo-advisers.

Hagaman, a millennial himself, knows where the appeal lies.

“It’s not as it used to be with previous generations — millennials are not as much into trusting one person to do everything as far as their finances go,” he said. “They want to see past the adviser, to be able to simply open an app and see things and get details at their fingertips.”

That’s why firms such as his, which are steadily adding millennial clients as they inherit finances from an aging Baby Boomer population, are taking on more automation of back-end money management processes. And when it comes to the investing side of money management, the largest financial services firms — including Schwab, Fidelity and Vanguard — have gone as far as adopting some level of robo-adviser technologies to bring in younger investors.

Aside from apps that automatically allocate users’ funds, there are also increasingly popular avenues to doing more active investing through mobile devices. One such option is the app-based investing platform Robinhood, which has brought a younger crowd into the purchase and sale of individual stocks — lured by a sleek interface and a millennial-minded pitch of creating a financial system that works “not just the wealthy.”

In a departure from most the competition, the fintech startup doesn’t charge its users any commissions for trades and targets people starting with $1,000 or less in investable funds.

“And, for someone with less than $20,000 in assets, it might be hard for an adviser to be reasonably profitable, making something like Robinhood a good way to get the ball rolling for them,” Hagaman said. “Once you get over that threshold, it’s probably time to think of having someone to lean on.”

Many wealth advisers anticipate a movement toward relationship-based advisory services as millennials scale up in income and assets. But Robinhood’s own road map is to introduce more financial services over time to millennial customers attracted to its trading platform. And there’s no guarantee the millennials once lured in will want to go back to traditional money management firms.

Fernando Garip, Wilmington Trust’s New Jersey regional president for wealth, said he has seen millennials make that switch firsthand. But he also realizes why the finances of younger people have moved into fintech solutions.

“Folks in their 20s — some in their 30s — love these options, because you get involved in buying and selling easily and for free,” he said. “Of course, you need to have the information, too. But a lot of that is online now. We used to pay a lot of money for quick and complete analysis of companies when I started in the business a long time ago. Now, it’s on your phone.”

Every area of the money management sector has been subject to disruption in this way … but not to such a degree that Garip detects any threat to hands-on advisory services.

“You may have something like easy access to information, but you have to be able to know what to do with it,” he said. “That’s where being able to call on a professional’s experience and advice is crucial. And when you get into choppy market, like what we’ve started to see, I think it piques peoples’ interest in maybe talking with someone.”

Garip alluded to the stock market suffering some of the worst losses of the year — and, by some measures, several years — at the start of the month, a precarious turn of events after a nearly unmarred decade-long upward climb. The market’s sudden plunges have had some analysts predicting that a major, possibly years-long correction is around the corner.

However, Garip stops short of expressing concern about the recent downturn.

“It’s probably the most predictable correction I can remember, with earnings growth rates peaking, interest rates rising and the narrowness of leaders in marketplace,” he said. “All the elements were present. And it’s a pullback we needed to wash speculation out of the market; it was necessary to get some of the fluff out.”

With what he views as a fundamentally sound economy, Garip expects that for long-term investors that were reticent to chase high valuations — this month’s pullbacks have been more opportunities than red flags.

“One thing that’s interesting to note is that times like these are when people appreciate having a person keenly aware of who they are, someone who deeply understands their financial position and objectives,” Garip said.

That sentiment has been expressed in many ways by financial advisers that now have to compete against emerging fintech companies, especially because those businesses have proliferated very recently and haven’t been tested outside of a bull market.

Just as it’s an unknown how clients of robo-adviser providers or investment platforms such as Robinhood will react during a market slump, money managers are similarly unsure about how much the technology itself may be to blame for the market’s behavior.

Local bank leader Ira Robbins, the new CEO of Valley National Bank, predicts it will have a significant impact on volatility.

“What you’re seeing as part of the shifts to robo-advising and other technologies is a movement to passive investing and away from active management, which takes the arbitrage out of certain forms of trading,” he said. “So, it’s possible that when you have a market adjustment, the swings will be greater than what we’ve historically seen.”

With purchase and sale orders following the same algorithms — paired with the market’s recent influx of stock-bundling exchange-traded funds, which are especially popular on Robinhood — there’s a framework that goes beyond individual investor decisions that drives the direction of the market today, Robbins said.

“So as millennials start looking to invest with a multitude of new options — with robo-advisers at much lower fees and investing platforms with no commissions — I do have concerns from a big-picture perspective,” he added.

Garip agrees that it represents a change in the stock market’s dynamic, but what the impact will be in the long term is anyone’s guess.

“We don’t have a full understanding of the implications yet,” Garip said. “Clearly, the automated, computer-driven programming making executions of large quantities of bundled securities for more and more people causes a commodity-like dynamic in the marketplace — like oil prices, which rise and fall sharply. But it’s something we’re going to find out more about over time.”

Where trends involving millennials, investing and the future money management meet is that nebulous form of digital cash known as Bitcoin.

And, while the early enthrallment with Bitcoin and other digital assets once reflected regularly in headlines has abated over the past few months — in parallel with a slowing of Bitcoin’s wild price swings — it hasn’t fallen off its path to the mainstream.

In fact, the financial sector behemoth Fidelity, which has an office in Jersey City and nine investor centers throughout the state, just this month announced it was launching a company specifically for the custody and trading of cryptocurrencies such as Bitcoin.

In the announcement it made about its new Fidelity Digital Assets division, the global firm refers to this as “the first step in a long-term vision to create a full-service, enterprise-grade platform” for cryptocurrencies. The firm also acknowledges that there has been a gap in support for institutional investors interested in this space.

Fernando Garip of Wilmington Trust said digital assets continue to be relevant, but some of the questions that remain about them keep most money managers at an arm’s length.

“Such as, when is a Bitcoin going to be such a trusted medium of exchange that you could put your life savings or retirement money in something like that?” Garip said. “I expect it will be a long while from now.”

Reach Austin Hagaman of Withum Wealth Management at: ahagaman@withumwealth.com or 732-450-0147.